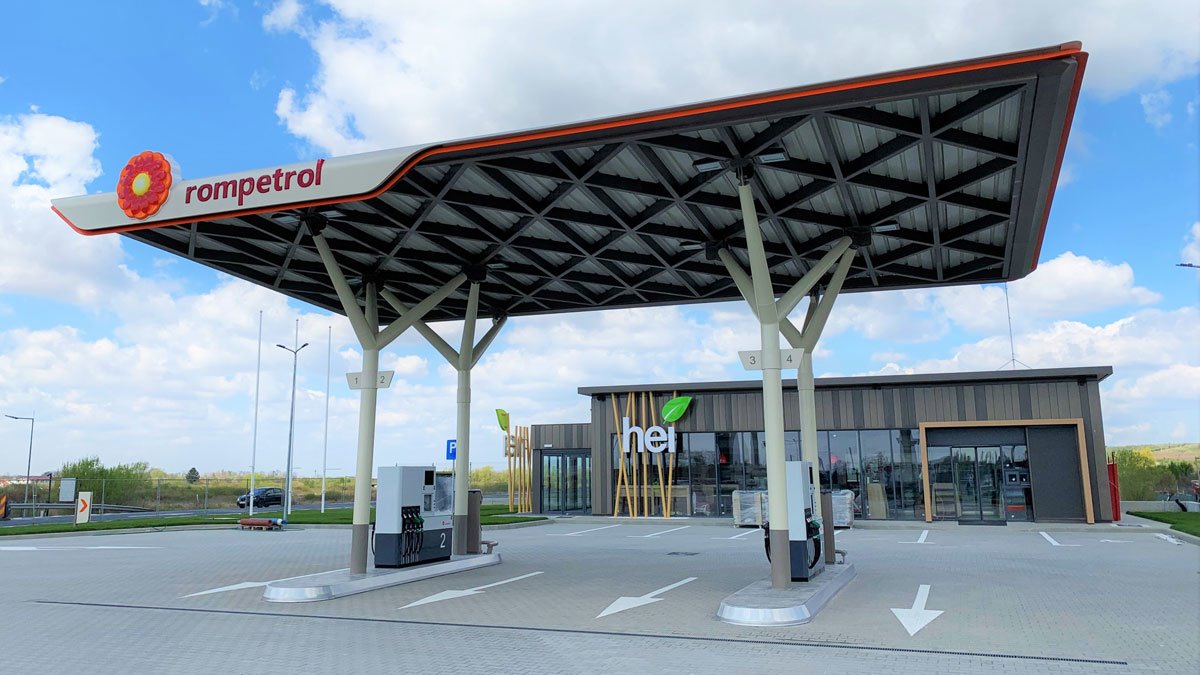 Two of them were opened under the auspices of the Kazakh-Romanian Energy Investment Fund (FIEKR) – the station on Zetarilor Street in Bucharest, respectively the second station in Lugoj, Timis County.

They will serve heavily trafficked areas, one in Bucharest, in the southern part of the capital, on one of the inner rings that connects the east and the west of Bucharest, and the other one, Lugoj 2, a transit station, located on the city ring.

The new stations have shops and restaurants under the ‘hey’ brand, high-performance fuel pumps, including a fast pump and AdBlue in Lugoj station, LPG skids and a modern car wash in the station on Zetarilor Street, in the capital. Also, the new station in Timis County will have the capacity to charge electric vehicles.

“We undertake the commitments made in front of the FIEKR shareholders, and, implicitly, in front of the Romanian state, through investments that will benefit both the national energy system, but also the communities in Romania.

The two stations are part of the overall strategy set out in the fund’s development programs. Despite the difficult period our Group is going through, we find the necessary resources to continue our way, and to contribute to Romania’s energy development in the future,” said Iskander Abdibaitov, General Manager of the Kazakh-Romanian Energy Investment Fund.

By opening the two stations under the auspices of FIEKR, Rompetrol has created over 30 new jobs. Currently, the Kazakh-Romanian Energy Investment Fund has developed a network of over 30 gas stations operating under the Rompetrol brand and undertook the goal to reach a number of 84 gas stations in Romania by the end of 2023 (acquisition and modernization of existing stations, development of new stations), which will create over 1,000 jobs, with over 5,000 people involved in various stages of development (design, execution, actual construction) and over 1,200 business partners.

Also, another 8 new stations were opened under the Rompetrol franchises. These are three Rompetrol Partner stations, in Alba, Prahova and Arges counties, but also five Rompetrol Express stations, in Caras-Severin, Hunedoara, Galati, Suceava and Olt counties. They will operate in compliance with the quality standards imposed by Rompetrol, and their opening has created approximately 50 new jobs.

Rompetrol Downstream operates a network of over 1,000 gas stations in Romania, and the Rompetrol brand is also present in countries such as Georgia, Bulgaria, and the Republic of Moldova, where it operates, in total, over 240 gas stations.