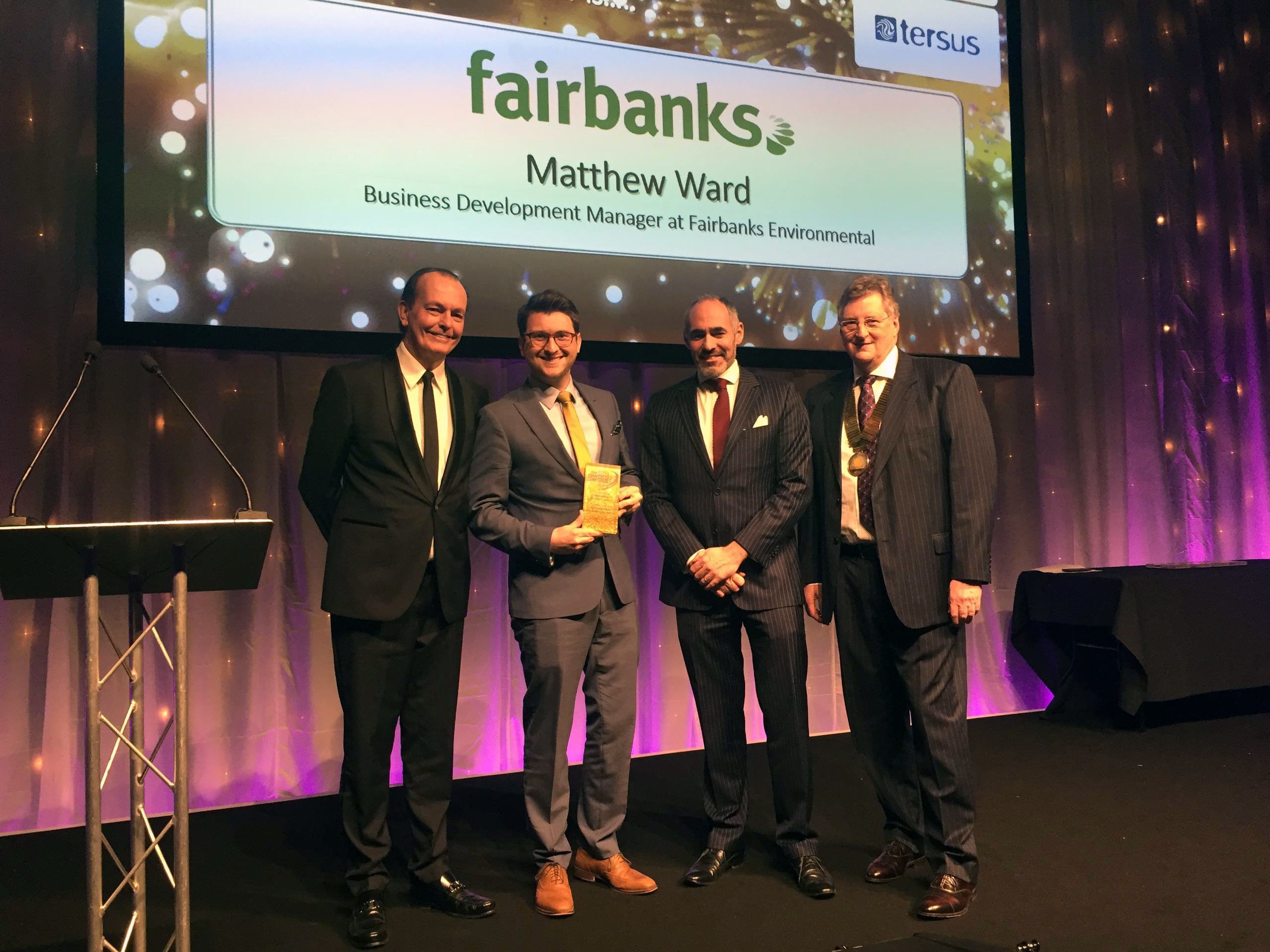 He was presented with the trophy at the MK Dons Arena, Milton Keynes, on the 23rd November by Chris Banbury, Sales Director of the Tersus Group (sponsor of this prestigious award), Anton Marteniussen (far right), President of the APEA and Quentin Willson (far left), TV motoring journalist.

Ward has worked in the fuel industry his entire career, beginning in 2011 when he joined Fairbanks as an analyst. Through hard work and dedication to the business, he was swiftly promoted into several roles, before finding his true vocation as Business Development Manager at the age of only 26; a position he has held since 2015.

In this role, Ward was immediately tasked with overseeing one of the largest contracts that Fairbanks has negotiated since the signing of Shell in 2012. The positive financial impact that the deal had on Fairbanks’ bottom line was phenomenal. As a direct result of Matthew’s stellar project management, Fairbanks has been able to add an innovative new service to its portfolio: Software as a Service, which is now being promoted globally via the extensive distribution network of DFS.

In delivering this project, he spent circa 60 days overseas at the Major Oil Company’s (“MOCs”) offices, exposing Fairbanks to stakeholders involved in various projects across the MOC’s global organisation. Consequently, an opportunity with a further 2,000 dealer sites arose and is currently in a ‘pilot’ phase. This project has the potential to deliver a significant new revenue stream and firmly cement Fairbanks as a trusted advisor to one of the largest oil companies in the world.

Ward has already gained recognition from parent company Dover, a global corporation with annual revenues of over $7 billion, who awarded him a Growth and Innovation Award in the spring of 2017. His conscientious and caring attitude towards his work and colleagues has earned him much respect within the organisation. His passion and commitment is evident to anyone who meets him, including his customers, who regard him highly as a dependable sales advisor and more importantly, a valued friend.

The APEA judges were particularly impressed with the way Ward has become an integral part of the Fairbanks team in such a short period and the large impact he has had on the company in the past 12 months, helping grow the entire business’ revenue by 10% and leading innovation into new product categories