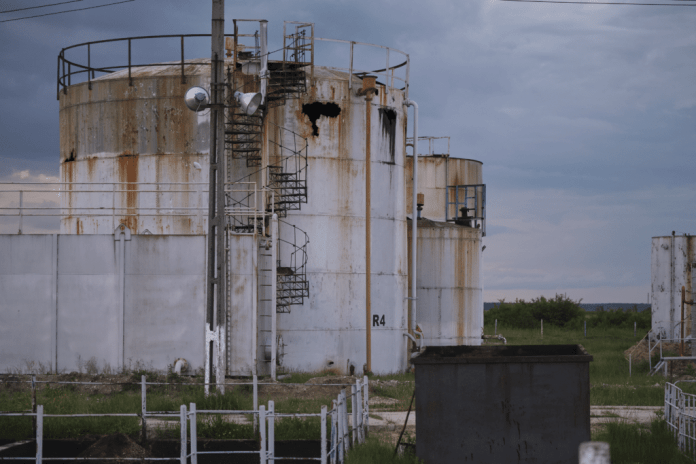 The powerful climate pollutant methane is leaking out of dozens of oil and gas wells, pipelines, and storage tanks in Romania, adding to a growing body of evidence that methane leaks are widespread and pervasive in Europe.

“Romania has significant problems with its oil and gas production infrastructure, and is a leading emitter of methane in the EU,” said Mihai Stoica, Executive Director of 2Celsius, a Romanian NGO that partnered with the U.S.-headquartered advocacy group Clean Air Task Force (CATF) on the investigation.

“These problems will not be resolved overnight, but we must start working on them now. The climate can no longer wait.” Using optical gas cameras that detect methane along with more than a dozen other gases, some of which are toxic, James Turitto of Clean Air Task Force visited 49 oil and gas sites in Romania over a two-week period in June.

Romania produces a little less than 100,000 barrels of petroleum products per day, a rather minor amount on the world stage, but a sizable source of production in Europe. It also has one of the largest refining capacities in Eastern Europe.

Turitto found methane leaks at nearly all of the sites he investigated, with some sites showing multiple leaks. Methane is an extremely potent greenhouse gas, more than 80 times more powerful than carbon dioxide over a 20-year period. 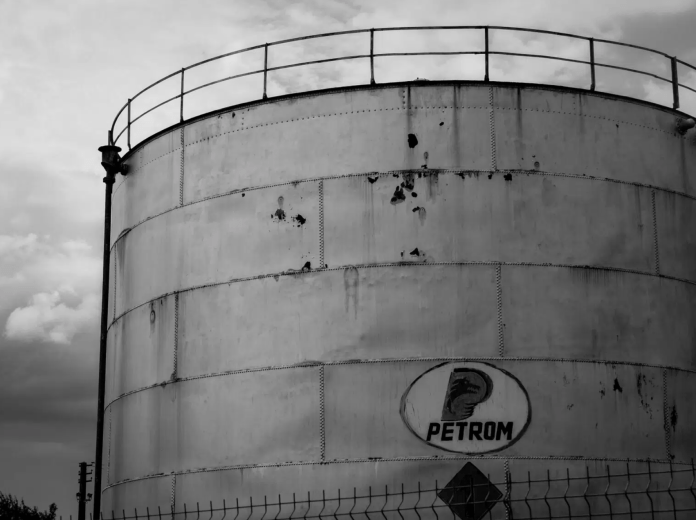 While methane may typically leak from small holes or improper seals, Turitto documented some decrepit infrastructure with gaping holes in storage tanks. The holes were so large in some cases that the methane leaking out was actually a little less visible on camera than is typical because the gas was freely mixing and swirling around with air.

“They’re old infrastructure that haven’t been upgraded. Therefore, you have a lot of venting … not purposeful pressure reduction, but because they’re rusted holes in storage tanks. So, you’re going to have gas seeping out of the top,” he said.

Many of the sites he visited were located near homes and communities. The leaks are more than just a climate problem. The stream of gases leaking from wells and other infrastructure contains methane, but it also can contain toxic pollutants, such as hydrogen sulfide or cancer-causing gases including benzene and formaldehyde. He visited 26 oil wells, 25 of which were leaking methane. 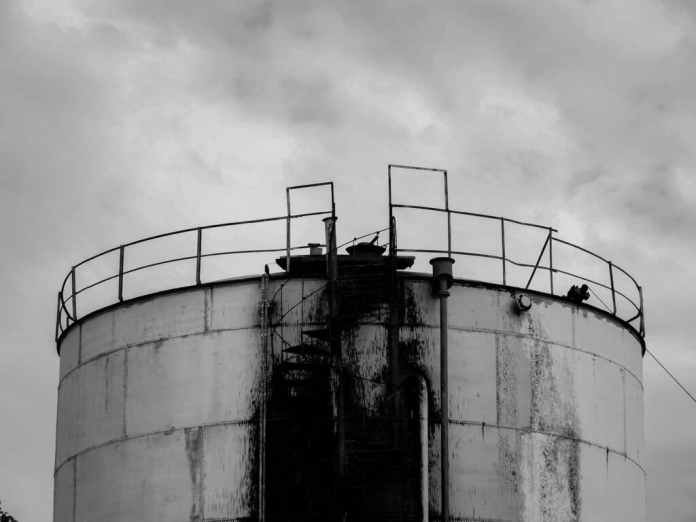 “Most of European policymakers, when we first starting talking to them about methane emissions, the phrase we heard all the time was ‘well, yeah, it’s a problem in Russia. But we don’t have a problem here. Our companies tell us there’s no emissions whatsoever in Germany, or Italy, or whatever,’” Jonathan Banks, CATF’s International Director, told DeSmog.

The extensive documentation by CATF of leaking methane at nearly 50 sites in Romania, and more than 150 other sites in a previous investigation across seven European countries, shows that methane leaking from oil and gas infrastructure is not the result of a few bad actors, but a European-wide problem.

In addition, leaks were not confined to a particular country or a specific point on the supply chain, but Banks said the one factor they have found that determines better or worse outcomes is at the company level. Some operators are worse than others.

But permissive rules in the EU allow for lax corporate behavior. When CATF has taken the video evidence to the companies themselves, many are nonchalant about it. “We’ll find leaks and James and I will get on the phone with the company, and we’ll say ‘do you guys know about this?’” Banks said. The companies respond that they are aware but aren’t violating any laws. “‘We plan to fix it maybe in a year,’” Banks said, characterizing a typical industry response.

“To be honest, there’s no policy, no regulation whatsoever for this stuff in Europe,” Banks said. “This is why the European Commission has to act. This is why [European] Parliament has to act. There’s no rules these guys are breaking.”

The European Union is in the process of formulating policies and regulations on methane. The European Commission is expected to release a draft proposal in December, after which it could take a year or so to finalize.

The policy package is expected to require oil and gas companies to regularly look for leaks and repair them, and also monitor and report methane leaks. The package may also ban routine venting and flaring, although there is some uncertainty on how far European officials will go on that issue.

And finally, a suite of rules that would apply to oil and gas imports is also under consideration, but is less likely to be included in this methane rules package as it relates to larger and thornier trade issues. Eurogas, an oil and gas industry trade group, offered a tepid response to the European Commission earlier this year, when the group submitted an official feedback form during the public consultation process.

The group supported the 2050 goal of reaching net-zero emissions, but offered a vague position on methane. “[W]e believe that methane emission reduction should be handled in a holistic way along the entire value chain, taking stock of national and local conditions,” the group said.

Banks stressed that Europe needs to act aggressively on methane, and with a sense of urgency, adding: “It doesn’t matter where we go. We’re seeing problems throughout Europe, whether it’s Germany, or Romania, or Italy, or whatever. Everywhere James turns that camera on, there’s problems.”