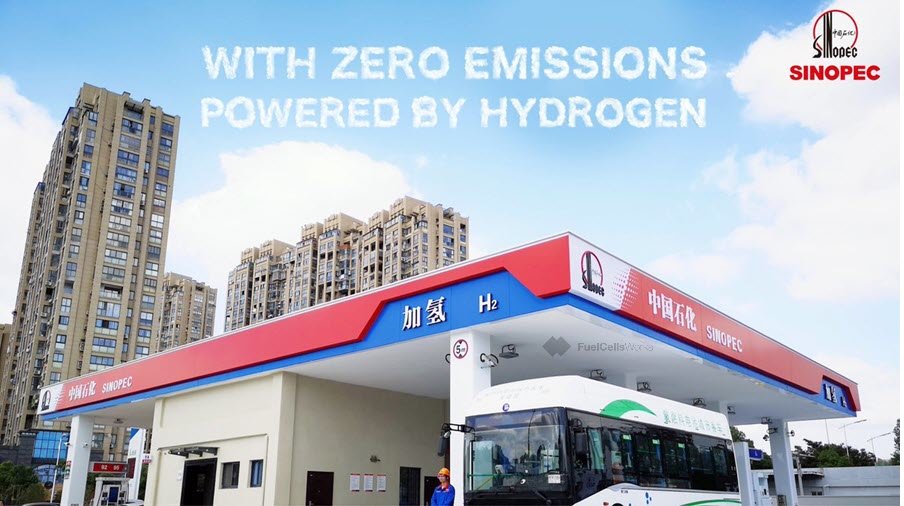 Sinopec Corp plans to spend 30 billion yuan ($4.6 billion) on hydrogen energy by 2025 as the state oil and gas major pivots to producing natural gas and hydrogen as part of becoming a carbon-neutral energy provider by 2050.

Asia's biggest oil refiner said it plans to become China's largest company to produce hydrogen for use as a transportation fuel, targeting annual capacity of 200,000 tonnes of hydrogen refuelling by 2025.

"Sinopec will expand forcefully into making hydrogen from renewable energy, and zero in on hydrogen for transportation fuel and using green hydrogen for refining," acting Chairman Ma Yongsheng said.

The company aims to produce more than 1 million tonnes of so-called green hydrogen from renewable energy sources between 2021 and 2025, as well as add 400 megawatts of solar power generation capacity for supplying electricity to charge vehicles.

Sinopec has so far built 20 hydrogen filling stations, with another 60 under construction or in the planning and approval stage. The company produces about 3 million tonnes per year of hydrogen from non-renewable energy sources that is mainly used in oil refinery and petrochemical processes.

The company reported its highest first-half net profit since 2018, at $6.05 billion, on rebounding oil and gas prices as well as steady domestic fuel demand.