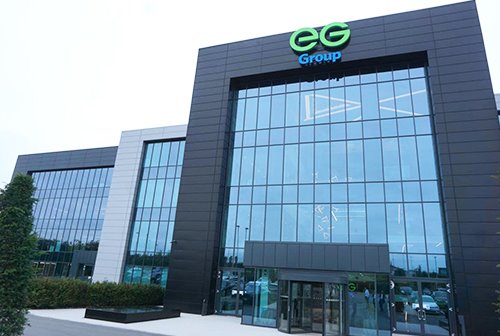 It could be valued at about $15 billion in any deal, the people said, asking not to be identified because the information is private. “EG Group regularly works with its advisers to explore a wide range of options to create value in its portfolio,” a spokesperson for EG Group said in an emailed statement.

Bonds of EG Group rose, with its 670 million-euro ($792 million) notes due February 2025 hitting the highest price in more than two years. The company’s 675 million-pound ($935 million) bonds due March 2026 rose to the highest since March.

EG Group, which is backed by TDR Capital and the billionaire Issa brothers, has grown rapidly through a series of acquisitions in the past few years. The company now has around 6,000 sites spread across countries including the U.K., U.S., France, Italy, the Netherlands and Australia, according to TDR’s website.

In 2018, EG Group purchased Kroger Co.’s U.S. convenience store business for $2.15 billion. The next year, it bought Cumberland Farms, gaining 600 locations in a deal that made it the fifth-largest independent convenience-store operator in the U.S.

EG Group could attract interest from other operators looking to scale up their business, the people said. Seven & i Holdings Co., the Japanese company that controls 7-Eleven, completed its $21 billion purchase of Marathon Petroleum Corp.’s Speedway gas stations in May.

Alimentation Couche-Tard Inc., the owner of Circle K convenience stores, has also been seeking to expand through acquisitions overseas. Deliberations are in the early stages, and there’s no certainty they’ll result in a deal, the people said. EG Group could also explore an initial public offering, the people said.

Representatives for Barclays, Goldman Sachs and Rothschild declined to comment, while a spokesperson for Morgan Stanley didn’t immediately respond to a request for comment.

EG Group has placed more focus on the higher-margin convenience store side of its operations, along with takeaway food, as the volume of fuel sales declines globally. It has partnerships with brands including Burger King, KFC, Starbucks and Subway to run franchises at its gas stations.