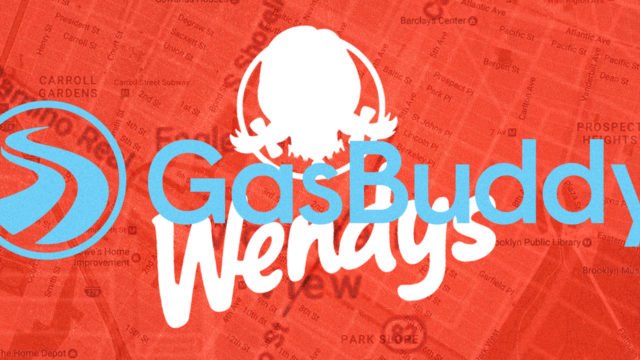 Wendy’s is the first brand to partner with GasBuddy and employ the company’s new “Badges” feature. Similar to Waze, the geotargeting feature shows the nearest Wendy’s when deciding where to stop for fuel.

The use of GPS-based, first-party data, the partnership will allow Wendy’s to promote deals to GasBuddy’s 60 million users, and drive in-store traffic.

“Consumers have more choice than ever as to where to get a meal. GasBuddy provides us a unique way to reach millions of drivers during the planning portion of their trips to keep Wendy’s top-of-mind in a seamless and relevant way” said Jimmy Bennett, senior director of media and social at Wendy’s.

“The new Badges feature provides our partners with an effective way to position their brand to drivers with high intent to stop and purchase. Our research found we’re all craving convenience,” said Jordan Grossman, EVP of advertising sales at GasBuddy.

Wendy’s geotargeting campaign comes at a time when mobile devices have become ubiquitous for QSR customers. According to App Annie’s The State of Mobile In 2019, US consumers sourced food and drinks through apps 140 percent more often in 2018 than 2016. Similarly, head of industry at Facebook, Marinn Jackson, noted for QSR Magazine, “60 percent of people trying to decide where to eat use only their mobile device to help with their decision.”

Marketers who utilise real-time location data can maximize the benefits of mobile advertising, namely spreading brand awareness and bridging the gap between the digital and physical store. As Zenith reported, mobile ad spend grew 35 percent in 2017, with expected growth at an average rate of 21 percent a year to 2020. Still, potential customers are 53 percent as likely to recall television ads as existing customers versus a lesser 41 percent for mobile ads.

Convenience store chain, 76, recently partnered with Waze to promote its TANK5 campaign to drivers by logo-marking fuel locations on the map, prompting billboard-style messages that offered a limited-time, one in five chance to win money at its fuel stations.