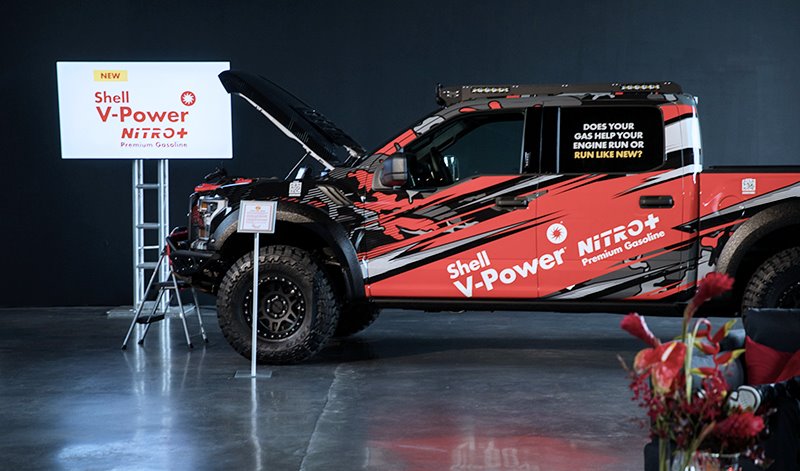 Shell announced that a new and improved formulation of its premium gasoline, Shell V-Power® NiTRO+, is launching today from coast-to-coast. This new formulation is engineered with four levels of defence against gunk, wear, corrosion and now friction to help keep your engine running like new*.

It's the brand's best, most advanced fuel ever and the result of more than a century of Shell fuels innovation. Shell V-Power® NiTRO+ now includes the brand's proprietary technology to help reduce friction in your engine and improve efficiency, furthering the brand's competitive advantage. 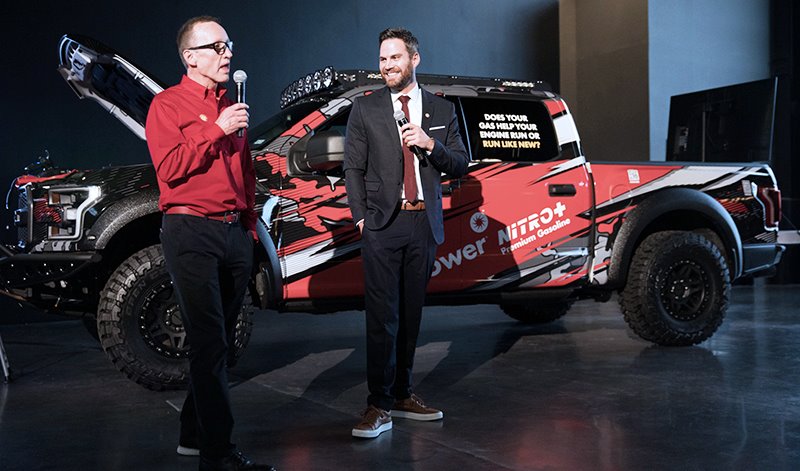 Shell officially launches the Fuel For Thought campaign on May 20, featuring television and film actor Brent Bailey (right), pictured with Dan Little (left), General Manager, North America Marketing, Shell Oil Products US, at a campaign preview at the Classic Car Club of Manhattan on May 14.

To celebrate the new fuel formulation, Shell is also rolling out a bold new national campaign called "Fuel for Thought" to challenge consumers to "unthink what they think they think" about premium fuels.

"We wanted to create our best premium fuel ever, engineered to help keep engines running like new. We know this is especially important since research shows people are keeping their cars longer than ever, paired with the fact that a larger number of new cars sold are premium recommended or required," said Dan Little, General Manager, North America Marketing, Shell Oil Products US.

"Not all fuels are created equal, and we want to make sure drivers know the difference." Fuel for Thought features television and film actor (and car enthusiast) Brent Bailey in a campaign that comes to life through a variety of touchpoints, including a national TV commercial, mobile gaming, social amplification, unique partnerships and immersive activation experiences that educate consumers on how the latest formulation can help keep their engine running like new*.

Shell will continue to celebrate at the Indianapolis 500, where 2017 NTT IndyCar Champion Josef Newgarden – gunning for his first Indy 500 victory – will be driving the freshly-painted No. 2 Shell V-Power NiTRO+ Chevrolet race car for legendary team owner Roger Penske. Racing fans at the Indy 500 will also be surprised with an interactive roadside attraction throughout the weekend called "What the Pump?" to test fans on their fuel knowledge and rewarding winners with Shell gift cards and other exciting prizes.

The "Most Rewarding Gas Pump" will also be visited by IndyCar driver Josef Newgarden who will be tipping off fans about the pump's whereabouts. As part of the fuel launch, The Shell Great Gas Giveaway will offer consumers over $1 million worth of prizes to new and existing Fuel Rewards® Program members.

Until September 1, 2019 Fuel Rewards members will be automatically entered to win, including the grand prize of free fuel for a year, which will be awarded daily to four lucky winners. Customers earn 1 entry for each regular-grade or mid-grade fuel purchase and 4 entries when they purchase Shell V-Power® NiTRO+. For more information on The Great Shell Gas Giveaway, including terms and conditions, visit shell.us/win.

Now engineered with four levels of defense against gunk, wear, corrosion and friction to help keep your engine running like new*, Shell V-Power® NiTRO+ is America's best-selling premium gasoline brand and can be found across the country at approximately 13,000 Shell-branded stations.

*In engines that continuously use Shell V-Power® NiTRO+ Premium Gasoline