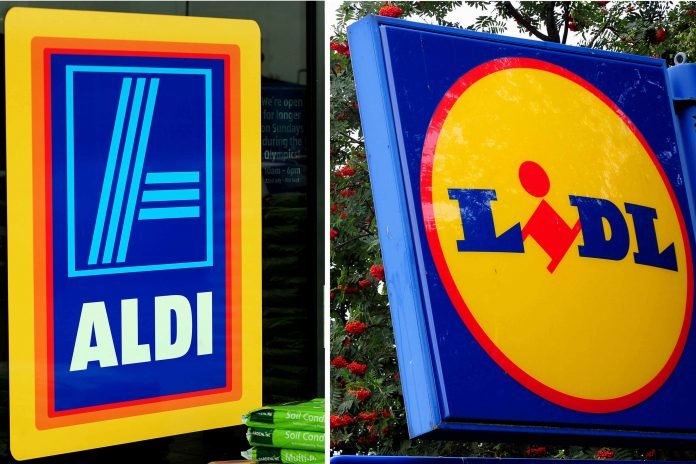 Aldi and Lidl are now worth a collective £344 million compared to this time last year as a cooler spring slowed grocery spending against last May’s record temperatures.

According to the latest Kantar grocery market share figures, the two German retailers reached a combined record market share of 13.8 per cent over the 12 week period ending May 19.

Kantar found that almost one million more households visited Aldi compared with last year and an additional 630,000 shopped at Lidl. Aldi’s market share on its own now stands at eight per cent – a significant increase from the 7.3 per cent it held during the same period last year – boosted by an 11 per cent year-on-year surge in sales.

Meanwhile, Lidl’s market share grew from 5.4 per cent this time last year to 5.8 per cent, thanks to 8.5 per cent year-on-year growth in sales. The discounters’ successes come as the UK grocery sector grew by 1.3 per cent compared with the same period last year, when the hottest May on record combined with the royal wedding and FA Cup final provided a 2.7 per cent uplift.

“Growth of 1.3 per cent may appear modest when compared with last year’s 2.7 per cent, however the sector continues to demonstrate resilience and volume sales remain unchanged from last year,” Kantar consumer specialist Chris Hayward said.

“We have two European football finals with British interest, the Cricket World Cup and the FIFA Women’s World Cup to look forward to in the coming weeks, and retailers will be aiming to capitalise on these events and attract more shoppers throughout summer.”

While Tesco’s overall sales were flat, its performance was the strongest out of the Big 4 during the 12 week period covered by Kantar. It also remains the UK’s leading supermarket with 27.3 per cent of market share, although this is a slight drop from the 27.7 per cent market share it had during the same period last year.

Morrisons remains Britain’s fourth largest supermarket with a market share of 10.4 per cent down, from 10.5 per cent this time last year. Meanwhile, aside from Aldi and Lidl, the Co-op delivered the strongest bricks-and-mortar sales growth of 3.7 per cent, allowing it to improve its market share from six per cent to 6.1 per cent year-on-year.

While Ocado’s market share only grew from 1.2 per cent to 1.3 per cent year-on-year, it enjoyed the third-best overall sales growth of all the grocers with a 6.4 per cent uptick. Separate market share figures from Nielsen reported grocery spending falling by 1.6 per cent in May in the absence of another spring heatwave.

Its figures show falling sales at three of the Big 4 supermarkets, and also at M&S, over the 12 week period ending May 18, with Aldi and Lidl continuing to gain market share with double digit growth.

“Consumer confidence remains unchanged and with the cost of household bills continuing to rise, and 40 per cent of households feeling insecure about their finances, the economy remains the number one concern for shoppers,” Nielsen UK head of retailer insight Mike Watkins said.

“The result is that shoppers remain cautious about their grocery spend as they look to manage their overall household budgets.”