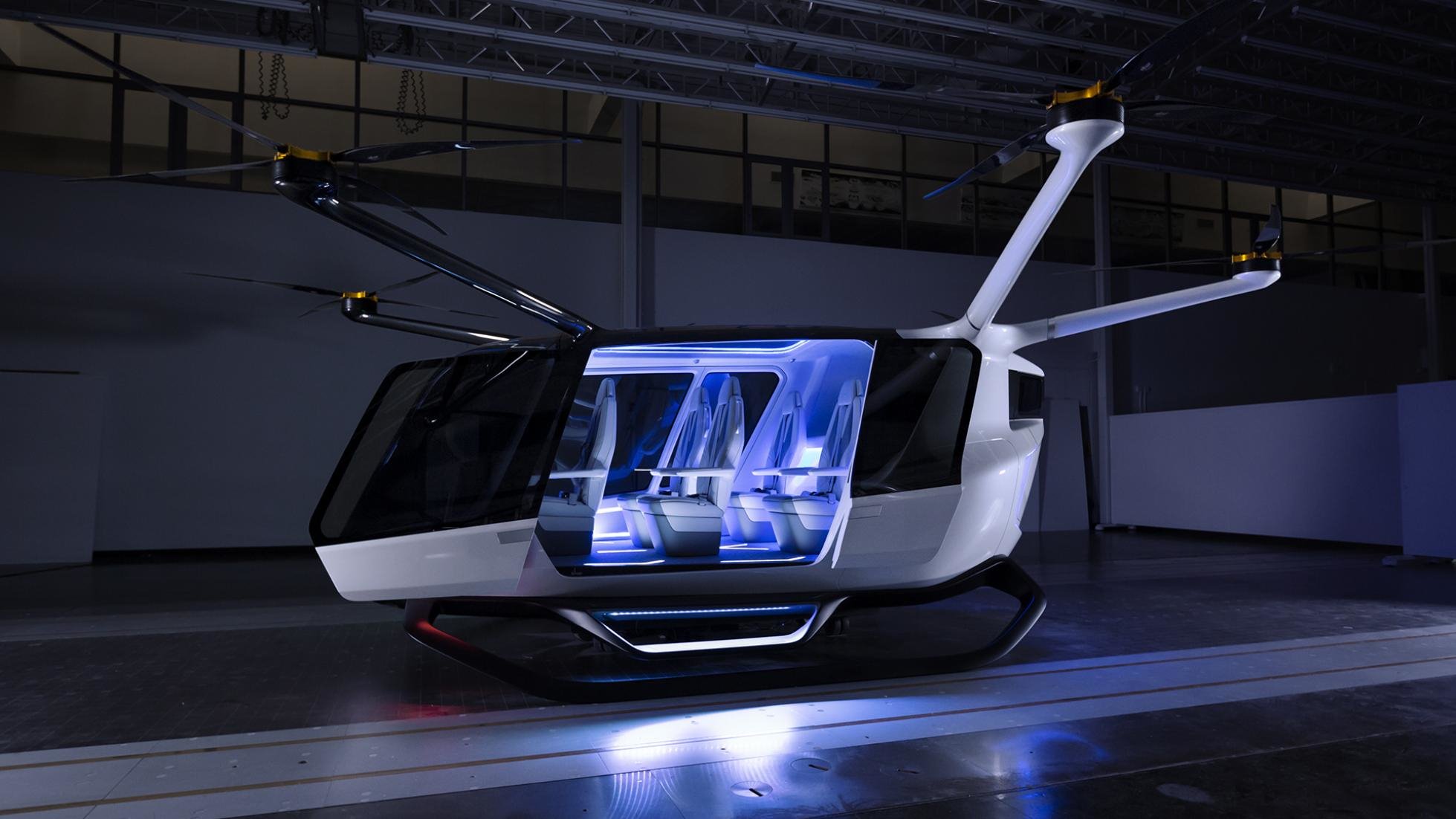 Company boss Brain Morrison says Skai “offers practical, real-life solutions to everything from relieving traffic congestion to delivering supplies during natural disasters”. The aircraft (is it an aircraft?) can seat five passengers and is capable of fully autonomous flight, though we’re told FAA regulations mean a piloted version will be launched first.

Three hydrogen fuel cells power six electric motors, each powering a rotor. If one fails it can carry on to its destination, and if two fail Skai can still land safely. All the systems are triple redundant, but as a last resort there’s a parachute that means the carbon-composite airframe will float gently back to earth.

Skai’s top speed is 118mph, though Alaka’I says for local trips it’ll travel at around 85mph. The range is up to 400 miles, though most trips will be between 10 and 150 miles and take mere minutes. BMW’s input was through its Designworks branch, which partners with other companies like Alaka’i on projects that look decades into the future.