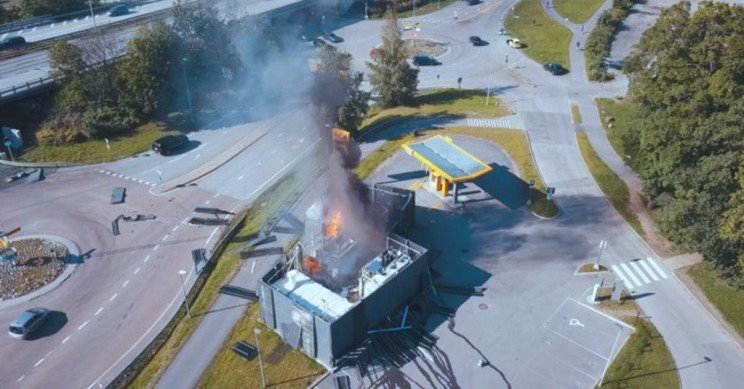 In Sandvika near Oslo, an explosion occurred at a hydrogen filling station for fuel cell cars. Until establishing the cause of the incidence, the supplier Nel has closed ten more stations.

According to Norwegian media, the explosion took place on Monday around 5:30 pm at the Uno-X station in the Oslo suburb of Sandvika. According to the company, no one was injured but a report, mentions two minor injuries.

“It is too early to speculate about the cause,” Nel boss Jon André Løkke said in a telephone interview. “Our top priority is the safe operation of the stations we supply. As a precaution, we have temporarily closed ten more stations until further information is available.” According to the portal E24, the closed stations are located across Norway, Denmark and other countries.

The drivers of fuel cell cars in Norway will probably have some difficulties in the coming days, as Uno-X is the leading supplier in the country. It is not yet clear how long the H2 filling stations will be out of service. Two experts are said to have flown in from Denmark during the night to advise the rescue forces on site and support the authorities in their technical investigations.

The operating company Uno-X Hydrogen is a joint venture of Uno-X, Nel and Praxair. They inaugurated the station in November 2016 as the first of a new generation of filling stations developed by Nel. In addition to requiring less space, it is a new layout that distinguishes this type of station: Due to the improved cooling of the hydrogen, the pump can be placed up to 50 meters away from the other components.