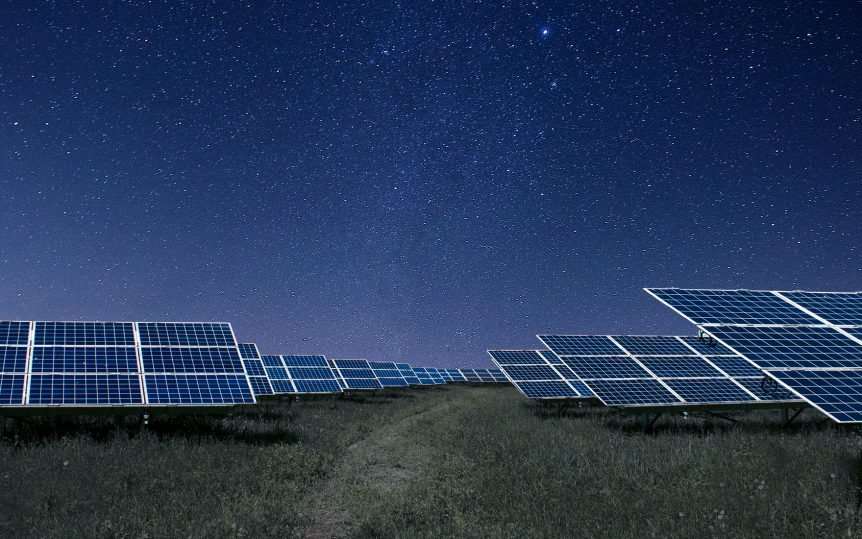 A U.K. solar plant has provided overnight grid services using modified inverters, opening a potential new revenue stream in a market that could use one.

An overnight trial in the U.K. has seen a solar power plant successfully provide optimisation services to the broader grid during nighttime hours, clearing the way for solar projects to participate in a new reactive power support mechanism and benefit from the associated revenue.

Lightsource BP modified the inverters on its 4-megawatt St. Francis solar farm in the southeast of England, allowing the inverters to receive power from the grid and feed it back with the voltage optimized. It's the first time a solar plant has been used for this purpose in the U.K.

The test, conducted in early November, is part of the Power Potential project, a joint effort by National Grid ESO, the country’s system operator, and U.K. Power Networks (UKPN), the distribution network operator in the southeast.

The two organisations estimate that such grid services could save the system £400 million ($515 million) by 2050, enabling the equivalent of another 4 gigawatts of generating capacity by making the most efficient use of the grid network.

National Grid ESO has set itself the target of being able to support a carbon-free grid by 2025; the Power Potential project is one of several initiatives designed to enable that. Earlier this year, renewable power out-generated fossil fuels for a full quarter for the first time. The direction of travel suggests this will become the norm.

Next year, UKPN will run a trial of the Power Potential DER Framework Agreement, which will see participants paid to provide these services. Following the successful trial, Lightsource BP is now in the process of commissioning St. Francis to provide these services as a matter of course, allowing it to participate in the Power Potential process once it's up and running.

“The success of this trial clearly demonstrates that innovation is key in addressing the future growth of the energy sector," said Kareen Boutonnat, COO of Lightsource BP. "With electricity demand increasing so rapidly, we have to be in a constant state of evolution in order to solve the problems of the future."

The mechanism and similar innovations are vital to continue the decarbonisation of grids, but the new revenue stream for renewable asset owners is not going to move the needle on project economics for new sites.

“As the proportion of variable renewable energy increases on the grid, and the proportion of conventional plants that typically provide these kinds of services decreases, the logical and economic thing to do is to find out what other helpful [services] DERs can” provide, explained Rory McCarthy, senior analyst at Wood Mackenzie.

“Solar inverters...can be configured to provide reactive power, which is something the grid will need more of to stabilize voltage. This has benefits for both sides of the power market. National Grid ESO will have a larger base of assets to procure services from to ensure system security, and DER asset operators will have additional revenue to stack,” he added.

The U.K. currently offers no support for solar projects, and they are not permitted to bid for contracts for difference, the country's main incentive program for renewables. Tom Heggarty, senior solar analyst at Wood Mackenzie Power & Renewables, doesn’t expect the related revenue to tip the scales for solar in the U.K.