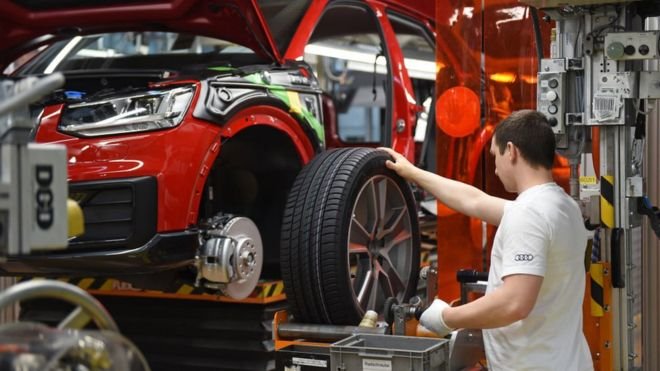 Audi is to cut 9,500 of its 61,000 jobs in Germany between now and 2025 to make more money available for electric vehicles and digital working.

The cuts - which aim to save €6bn (£5.1bn) - will be achieved through an early retirement programme, but the Volkswagen-owned firm also said its move into electric cars would mean the creation of up to 2,000 jobs.

It comes less than a fortnight after Daimler said it would cut more than 1,000 jobs by the end of 2022. The car industry is facing a downturn in key markets, including China, as well as increased costs as it meets tougher European Union emissions regulations and the costly switch to electric vehicles. Audi saw falling sales, revenues and operating profits in the first nine months of 2019.

In a statement, the car maker said the job cuts would "take place along the demographic curve - in particular through employee turnover and a new, attractive early retirement programme". 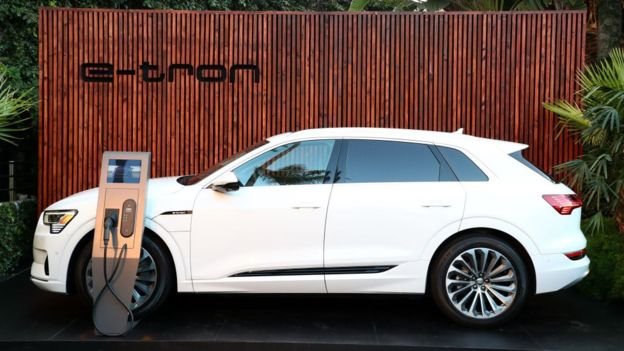 "The company must become lean and fit for the future, which means that some job profiles will no longer be needed and new ones will be created." The car maker said it would guarantee the jobs of operational workers until 2029.

It added that it would continue to train young people and maintain its number of apprentices and student trainees over the next three years. Speaking about the extension of the job guarantee for the workforce, spokesman Peter Mosch said: "We have reached an important milestone.

"The jobs of our core workforce are secure. The extension of the employment guarantee is a great success in difficult times. In addition, the upcoming electrification of the Ingolstadt and Neckarsulm plants. underscores the long-term success of both German sites."

Like its rivals, Audi is spending billions of euros on new technologies, including battery-electric and hybrid vehicles, connectivity and autonomous driving. But the firm last year also had to pay an €800m fine over its role in the "dieselgate" emissions scandal scandal that started at parent company VW.

It is not just German car makers that are facing sluggish growth. Car parts suppliers Bosch and Continental have announced thousands of job cuts. And it comes against the wider backdrop of a slowing German economy, which has narrowly avoided a recession.