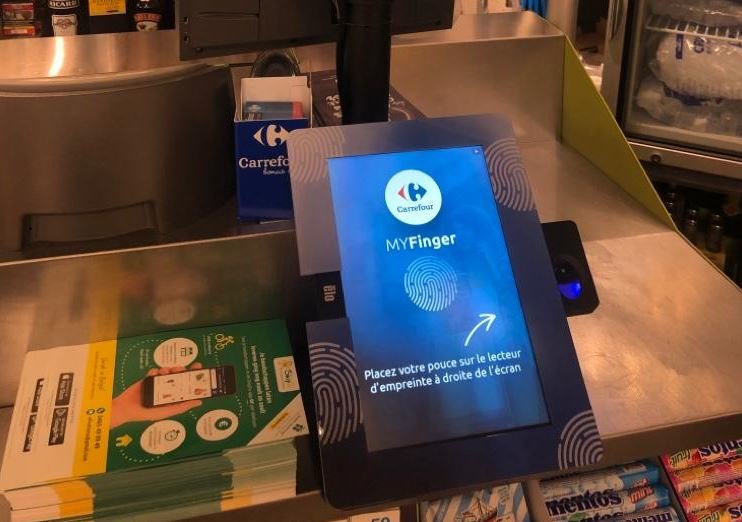 The Belgian branch of supermarket chain Carrefour is testing payments with the MyFinger system, using only the customer’s fingerprint, in the European District in Brussels.

Between March and June 2019, a test phase with the MyFinger system took place in the Carrefour supermarket in the Rue Froissart, in the European District of Brussels. About 800 customers participated in the test. Making payments was not yet possible, but the customers’ fingerprints were linked to their bonus cards.

“Just like me, a lot of customers do not immediately find their physical bonus card in their jacket or pocket. Fingerprint recognition offers a quick alternative,” said Arnaud Lesne, Innovation Director of Carrefour Belgium.

The transaction speed is especially important in shops with rushed customers. Participants were satisfied with the new function, according to Carrefour. The goal is to launch a test system allowing customers to pay with their fingerprint in early 2020 in a still to be determined store in Brussels, most likely also in the European District.

The fingerprint will then be linked not just to the customers’ bonus cards, but to their bank account. Customers will be able to pay by pressing their finger on a screen next to the cash register. The technical details of the payment function remain secret for the time being. However, the test will fully comply with European privacy laws, according to a spokesperson for Carrefour.