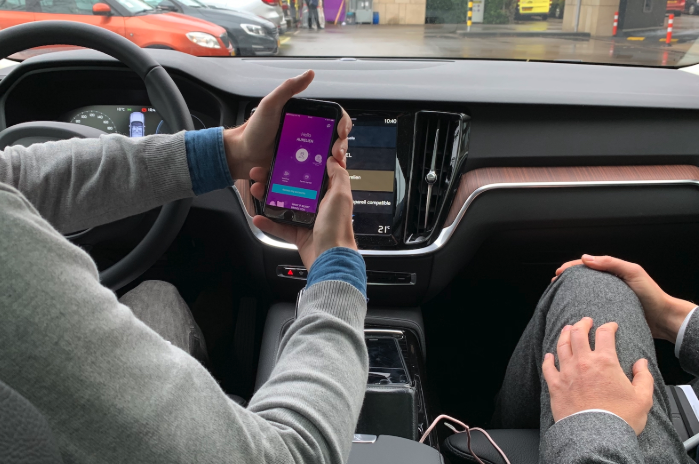 Customers with the banking application of the International Bank in Luxembourg will be able to pay their full fuel directly from their car and via the app. This is the first integration of CarPay-Diem technology in Luxembourg.

The partnership between CarPay-Diem and Bil seduced Esso and Texaco, and Gulf is expected to join the movement soon - 31% coverage with 40 service stations. The two partners are in discussion with the eight tanker networks in Luxembourg, and even in the border areas.

The technology that has made the success of Frédéric Stiernon's CarPay-Diem start-up, "the Bil brings 50,000 customers", explains the director of the retail and digital bank, Olivier Debehogne. "Imagine, it would have to go through as many applications as there are fuel suppliers ..."

Aurelien Dobbels, the product owner and pilot of Bil's Innovation Lab, and the BILnet application development team, took four months to integrate this technology. "We did tests down at the gas station, at the crossroads", near the church of Saints Peter and Paul 100m from the Esch road, where the Bil has its headquarters and plateau of 200 technology specialists.

"We will launch this with humility," says Debehogne. "To test this type of service on the market." At the rate of three or four full per month, Bil hopes to attract a thousand customers to this service in three months. "It's not innovation to innovate, but to make life easier for our customers."

And if gas stations are worried that customers will not be able to come in and spend money at home, the second phase of the project will incorporate some kind of banner in the application. What attract neither opportunistic customers, but interested customers.

"Today, many of our customers have not yet discovered the potential of our application. However, studies show that the adoption of a banking app pushes the customer to use it 25 times a month, almost once a day. The real value is the traffic! "Says Mr. Debehogne.