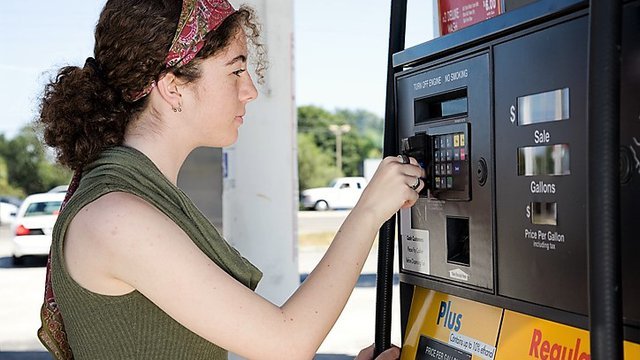 The majority of consumers are open to new experiences when they pay at the pump, which could provide significant revenue opportunities for retailers, according to a recent report from Transaction Network Services

The report, "The Market Opportunity for Secure Commerce at the Pump," explores the findings of a survey TNS commissioned among U.S., U.K. and Australian adults, according to a press release.

It polled consumers about usage of pay-at-the-pump facilities and willingness to engage with new technologies and services at the fuel dispenser — which could allow them to order food items or watch advertisements to gain discounts, for example.

Globally 61% of respondents prefer to pay at the pump instead of the cashier.

Seventy-three percent of 25-to-34 year-olds are interested in buying other items at the pump.

Seventy-three percent of respondents globally would be interested in being given a discount on their fuel price if they watch an advertisement at the pump.

Sixty-two percent of Australians between 25-to-34 years old would like to receive prepared food like pizza, burgers and coffee delivered to their vehicle while they are filling it up.

U.K. respondents were the most keen (76%) to make in-store purchases which gave them instant discounts on fuel.

"We appear to be at the crossroads of a new shift in consumer behaviour, and forward-looking merchants that adopt and implement new technologies and provide broader services will benefit the most," Mike Keegan, TNS CEO, said in the release.

"Pay-at-the-pump facilities are rolling out across the U.K. and Australia at an increasing pace," said Bill Versen, TNS chief product officer, in the release. "Combine this with the significant EMV terminal upgrade in the U.S. and we find ourselves looking at a buoyant market filled with potential.

As a result, we expect to see many exciting new technologies brought to market and we look forward to collaborating with these new players to ensure that the payments elements of commerce at the pump remain secure."