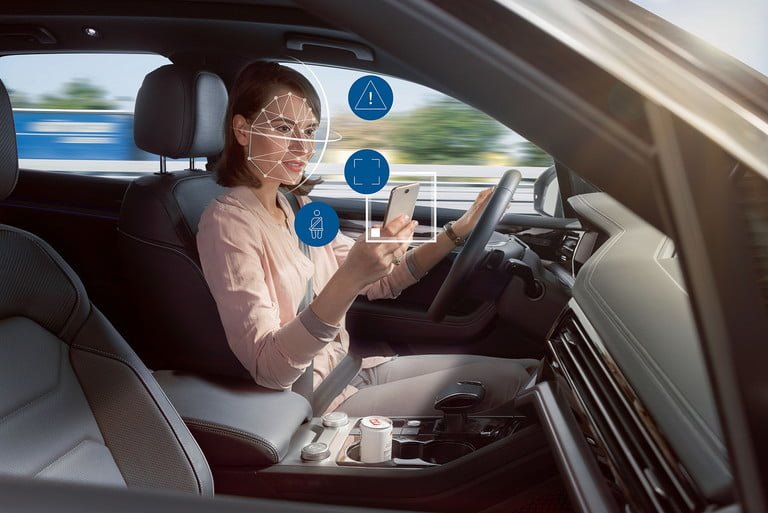 Bosch is developing artificial intelligence-powered technology that opens new horizons by teaching cars how to see what — and who — is riding in them. It sounds creepy, but it could save your life.

Bosch’s system primarily relies on a small camera integrated into the steering wheel. Facial-recognition technology tells it whether the driver is falling asleep, looking down at a funny video on a phone, yelling at the rear passengers, or otherwise distracted.

Artificial intelligence teaches it how to recognise many different situations. The system then takes the most appropriate action. It tries to wake you up if you’re dozing off, and it reminds you to look ahead if your eyes are elsewhere. Alternatively, it can recommend a break from driving and, in extreme cases, slow down the car to prevent a collision.

Driver awareness monitoring systems are already on the market in 2019. Cadillac’s Super Cruise technology notably relies on one to tell whether the driver is paying attention, but Bosch’s solution is different because it’s being trained to recognise a wide variety of scenarios via image-processing algorithms.

This approach is similar to how the German firm teaches autonomous cars to interpret objects around them. Real-world footage of drivers falling asleep (hopefully on test tracks, and not on I-80) shows the software precisely what happens before the driver calls it a night.

This technology can also keep an eye on your passengers. Thanks to a camera embedded in the rearview mirror, the system can keep an eye on the people riding in the back, and warn the driver if one isn’t wearing a seat belt. It can even detect the position a given passenger is sitting in, and adjust the airbags and seat belt parameters accordingly.

Safety systems are designed to work when someone is sitting facing forward and upright, but that’s not always the case. If you’re slouching in the back seat (admit it, it happens), the last thing you want is the side airbag to become a throat airbag.

Smartphone connectivity plays a role here, too. The same mirror-mounted camera recognizes when a child is left in the back seat, and it automatically sends an alert to the driver’s smartphone. It notifies the relevant emergency services if the driver doesn’t come back after a predetermined amount of time.

Looking further ahead, when autonomous technology finally merges into the mainstream, this tech could tell the car if the driver is ready to take over. There’s no sense in asking someone to drive if they’re asleep, or if they’ve hopped over the driver’s seat to chill on the rear bench.

Autonomy will come in increments, so it’s not too far-fetched to imagine a car capable of driving itself at freeway speeds, when the lane markings are clear, but not in crowded urban centres..

The footage captured by the cameras can’t be used against you or yours, according to Bosch, because it’s neither saved nor shared with third parties. Still, it’s a feature that will certainly raise more than a few concerns about privacy.

The technology could reach production in 2022, when European Union officials will make driver-monitoring technology mandatory in all new cars. Lawmakers hope the feature will save 25,000 lives and prevent at least 140,000 severe injuries by 2038. There’s no word yet on when (or whether) it will come to the United States. Bosch doesn’t make cars — it never has — so it’s up to automakers to decide whether it’s worth putting in their new models.