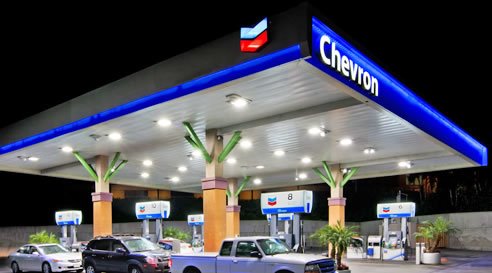 Chevron has sealed a $425 million deal to take over Puma Energy's Australian commercial and retail fuels business including its network of hundreds of petrol stations.

Puma Energy, 49 per cent owned by Geneva-based Trafigura, is one of the nation's largest fuel retail chains. Under the deal announced, Chevron will acquire Puma's network of 360 petrol stations, a fuel distribution business and import terminals.

The acquisition follows an intense period of billion-dollar deal-making activity in the fuel and convenience retailing sector which has seen global oil giants Caltex and BP restructure their property and convenience assets.

Diversified fund manager Charter Hall last week pump primed its retail portfolio by outlaying $840 million for a 49 per cent stake in 225 BP fuel stores in a sale and leaseback deal that values BP’s portfolio at $1.7 billion.

Chevron's 50 per cent sale of Caltex was then the country's biggest-ever block trade. At the time, the oil major was focusing on downsizing its investments in refining and selling fuels to focus on exploration and production, typically a higher-margin part of the business.

After a year of tough trading, Caltex earlier this month announced plans to float a half stake in 250 of its service stations around Australia to form a $1.1 billion listed property trust. At the same time it is navigating a $8.6 billion takeover bid from Canadian convenience giant Alimentation Couche-Tard.

Any deal with Couche-Tard will need foreign investment approval, a hurdle made more difficult because Caltex’s Lytton refinery in Queensland is one of only four remaining refineries in Australia.

"The acquisition will provide Chevron with a stable market for production volumes from our refining joint ventures in Asia and create a foundation for sustainable earnings growth," said Mark Nelson, Chevron's executive vice-president for downstream and chemicals.

"It will build on Chevron's strong history of partnership in Australia and our global experience in fuels and convenience marketing and supply." Both companies hope to complete the deal by mid-2020 depending on approval from Australia's Foreign Investment Review Board and other regulators.

The deal does not include Puma's local bitumen business. The company said it would use proceeds of the sale to pay down debt. Trafigura reported its lowest profit in years. Puma Energy was named among Trafigura’s loss-making businesses, with the company adding that Puma management was on course to “achieve a turnaround”.

"This transaction marks another positive step forward in Puma Energy’s commitment to optimise our global portfolio and deleverage our balance sheet by the end of 2020," Puma Energy chief executive Emma FitzGerald said.

"This follows the sale of our business operations in Indonesia and Paraguay, enabling us to pay down our debt and ensure we're focused on those markets which will drive growth as part of our customer-focused five-year strategy."