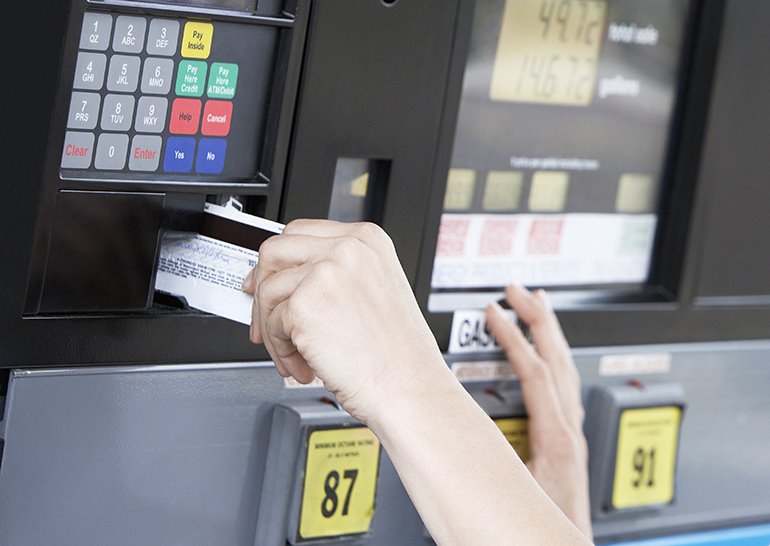 You’ve probably noticed retailers are increasingly using the little chip on your credit or debit card to accept transactions. Unfortunately, fuelling stations have been slower to adopt the change in digital security, as it requires more than simply putting a new screen at the checkout counter.

Fuel stations have to install expensive new pumps, which is why you tend to see more chip readers at the larger stations. Costco will definitely have them, but that little convenience store near your house where you fill up on Monday mornings may not.

Unfortunately, station operators that haven’t updated their pumps by October 2020 will become liable for any credit card fraud that occurs at their businesses now that Visa and Mastercard have rejected a request to further delay the deadline for chip readers.

While many retailers started making changes in 2015, a nationwide conversion was estimated to cost the industry roughly $3.9 billion — with many embracing the five-year extension credit offered by various firms. But that dries up this fall, and it’s looking like a lot of stations won’t make the deadline.

"The industry is massively under-prepared,” Joshua Smith, chief executive officer of Gas Pos, a vendor for point-of-sale systems, told Bloomberg. “There’s not enough technicians to do the instalments … There’s not enough inventory. Even if there were enough contractors, there’s not enough dispensers available.”

Businesses that fail to upgrade could face costs of as much as $201,000 per store over the next seven years, according to data compiled by Conexxus. The industry group anticipates those it represents to endure $451 million in collective card fraud in 2020.

In a 2019 survey by Conexxus, a non-profit that represents convenience stores, almost 70% of respondents who own a convenience store said they haven’t upgraded any outside pumps to the new so-called EMV [chip-based] technology.

Few companies manufacture the required pumps. Those that do — such as Dover Corp. or Fortive Corp.’s Gilbarco Veeder-Root — have said they’re expecting an increase in sales ahead of the deadline. Once the hardware is installed, fuel companies must have the pump software certified.

In the survey, over half of the participants cited a lack of available software for not having chip technology fully deployed, while about 15 percent faulted a shortage of hardware. The National Association of Convenience Stores (NACS) has also placed blame on the shoulders of Visa and Mastercard for not working with the industry when it came to establishing deadlines.

However, the credit industry says EMV chip readers are far more secure than the old swipe system and are already the standard in places like Europe. It’s also becoming the norm for U.S. retailers, with fuelling stations lagging far behind in overall adoption.

“There’s going to be quite a surprise come October,” Laura Townsend, senior vice president of the Merchant Advisory Group, explained. “Folks that have been trying to transition to EMV will be unable to because of things outside their control. But they will bear a significant increase in losses either come October or shortly thereafter because we know fraudsters will find the weakest link.”