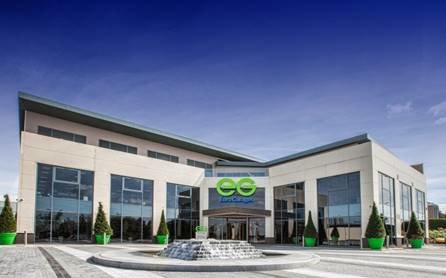 EG Group, one of the world's largest independent gas station and convenience store chains, is considering a bid for Caltex Australia in a move that could start a takeover battle with Canada's Alimentation Couche-Tard, people familiar with the matter said.

EG Group, the UK company led by Mohsin and Zuber Issa, is working with a financial adviser as it evaluates making a bid for Caltex Australia, people with knowledge of the matter said.

Any offer for the $6bn company could start a takeover battle with Canadian convenience-store company Alimentation Couche-Tard, whose initial bid for Caltex was rejected.

Caltex confirmed on Wednesday that it had been approached by “a number of parties, including EG Group, who have indicated that they are potentially interested in making a proposal to acquire Caltex or some of its assets”.

Caltex said, however, that it has not received an offer beyond the existing proposal from Couche-Tard, and there is no certainty that any binding proposal will be made. EG’s string of deals has turned the closely held company into a global giant with about 5,000 fuel station and convenience store sites across Europe, North America and Australia. The Issas have come a long way from their humble origins in 2001, when they bought a single petrol station in an old mill town outside Manchester.

While EG has a track record of swiftly integrating acquisitions, it has needed to improve the way it oversees the wider company, it said. Buying Caltex would bring a network of about 2,000 sites across Australia.

Caltex in December rejected Couche-Tard’s latest offer of A$8.6bn as too low, saying it undervalued the Sydney-based company. Couche-Tard, which owns the Circle K chain, had already raised the bid to A$34.50 per share in cash from its original proposal of A$32. Still, Caltex left the door open to a deal, saying it would give its Canadian suitor access to select non-public information to allow it to improve its offer.

EG, whose backers include TDR Capital, has not made a final decision on whether to bid for Caltex, and there is no certainty it will proceed with a firm offer, the people said.