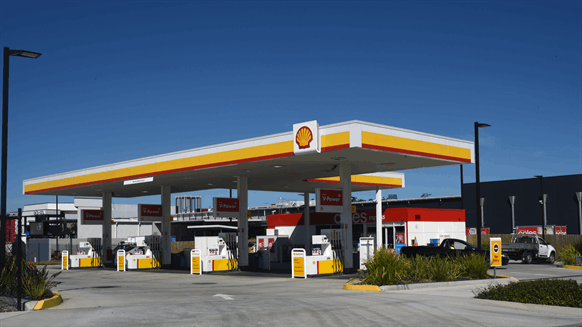 Shell is seeking a bigger share of Mexico’s fuel market, even as regulatory changes make it harder for foreign companies to compete.

The oil major, which already owns about 200 gasoline stations in 12 states in Mexico, plans to grow its share of the retail fuel market to as much as 15% from 1% now. The company also plans to import more of the fuel it sells in Mexico, the bulk of which it continues to buy from state-owned Petroleos Mexicanos. Today, about 30% of that fuel is imported by train into the state of Guanajuato.

“When you think of the market in Mexico we have the chance of being fully integrated,” Murray Fonseca, Shell’s downstream director for Mexico, said in an interview. “If the conditions stay the same, Mexico will become a heartland for Shell.”

The company’s investments come as the leftist government of Andres Manuel Lopez Obrador has sought to bolster Pemex’s position in the sector, while dialling back the prior administration’s free-market reforms. Under his government, Mexico has moved to roll back regulations designed to level the playing field against Pemex, and has slowed the process for approving fuel-import permits.

While analysts have raised concerns that the changes could stifle foreign investment, Shell is staying the course. “We’re not thinking about pulling back,” Fonseca said. “As a matter of fact, we’re planning to invest more heavily in 2020 than we did in 2019.”

Eventually, Shell expects to produce oil in Mexico, having snapped up 11 blocks in the country’s most competitive offshore oil auctions, and transport it to the company’s U.S. refineries for processing. Shell would then sell the refined product back to Mexicans.

The company also aims to have 1,500 service stations open in Mexico over the next five years and is looking to launch its first electric car charging station in Mexico this year, said Fonseca. It plans to invest about $1 billion in the coming decade in service stations and other infrastructure, and aims to double the number of employees in its fuel retail business in Mexico over the next five years.

Shell’s plan to boost fuel imports relies on the opening this year of two new terminals in Tuxpan and Tula owned by Mexico City-based Invex, which will bring its product by ship from its Deer Park, Texas, refinery complex on the U.S. Gulf Coast, a joint venture between Shell and PMI, Pemex’s trading arm, and other refineries on the Gulf coast. The company began importing by rail last year.

Even so, Mexico’s lack of energy infrastructure and market uncertainties could affect whether Shell succeeds in increasing imports. While foreign companies including BP Plc, Chevron Corp and Exxon Mobil Corp have begun bringing in their own fuel, many gasoline retailers continue to rely on Pemex for the bulk of their supply needs because it owns the vast majority of storage terminals and pipelines.

“We need to take a look at it on an almost month-by-month basis,” Fonseca said. “But rest assured, we’re going to increase the supply envelope.”