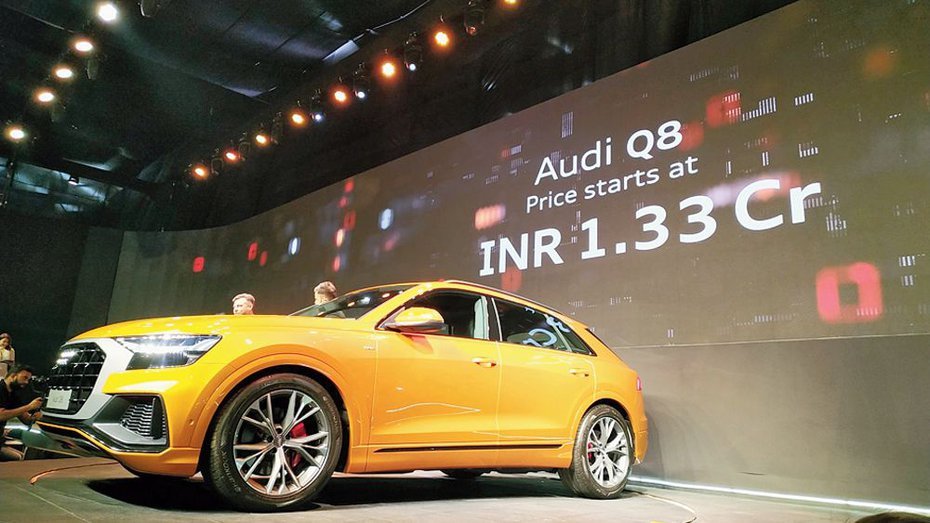 Audi India is betting on its BS-VI petrol portfolio to ratchet up sales that stood at just 4,594 units in 2019.

The company had launched its first BS-VI vehicle, the A6, last year, and now its rolled out the new Q8 SUV in Mumbai and this will be followed up with the A8 launch next month.

All the vehicles will have petrol power trains with the Q8 having a 3-litre TFSI (petrol) engine and a 48-volt mild-hybrid technology.

“We are looking at leadership in petrol before we decide anything on diesel,” said Balbir Singh Dhillon, the newly appointed Audi India head, at the launch of SUV Q8 that will retail as a completely built unit with a starting price of Rs 1.33 crore.

The company is putting on hold its diesel programme, having sold off most of its BS-IV vehicles.

“The BS-IV inventory stands at one month now,” said Dhillon while the company brings in a new portfolio of cars to be launched one every quarter. After the A8, Audi will bring in its first electric vehicle, the Audi e-tron, an SUV, followed by the Q3