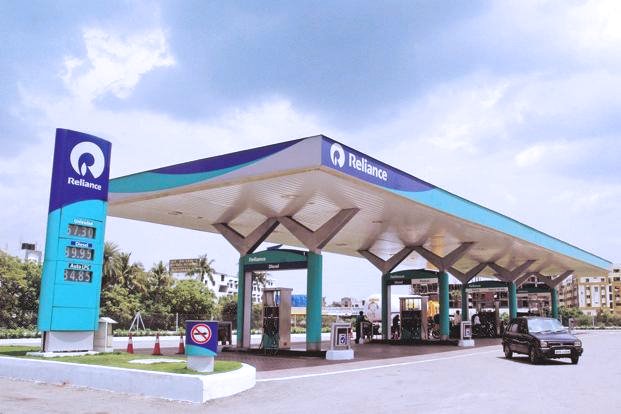 In an investor presentation post announcing earnings for October-December 2019, Reliance, operator of the world's largest oil refining complex, said it registered an 11% growth in diesel sales and 15% growth rate in petrol sales from its 1,394 fuel retail outlets.

This is compared to industry growth rate of 0.2% for diesel and 7.1% for petrol. Its per outlet throughput at 342 kilolitres per month was also nearly double that of petrol pumps operated by public sector firms such as Indian Oil Corp (IOC) and Bharat Petroleum Corp Ltd (BPCL).

"Preference for petrol cars, improving road infrastructure and rural connectivity is driving petrol demand," it said. A pick up in tourist movement post festive season provided support to ATF demand. Reliance said there was a strong traction in retail and bulk fuel sales through its network.

Its ATF sales were driving up via new customer acquisition and higher share from existing customers. "Improved ATF network competitiveness through logistical and supply source optimization," the presentation said. LPG sales was up 37% with new customers and increasing penetration in new markets.

Reliance said its petrol retail sales revenues were up 5% at ₹3,725 crore in the third quarter. As much as 538 million litres of fuel was sold in the three month period. Of the 1,394 petrol pumps that Reliance operates, 518 are company owned and the remaining dealer operated.

In April last year, Reliance agreed to sell 49% in its petrol retail business to UK's BP plc for ₹7,000 crore. Reliance-BP joint venture agreed to expand the network to 5,500 in the next five years.

The country currently has 66,817 petrol pumps, with public sector retailers owning 59,716. PSU retailers have plans to double this network and have already starting appointing dealers.

Russia's Rosneft-backed Nayara Energy, formerly Essar Oil, has 5,525 petrol pumps and has plans to scale them up to more than 7,000 in two-three years. Shell has 169 outlets and is slated to add 150-200 more petrol pumps.