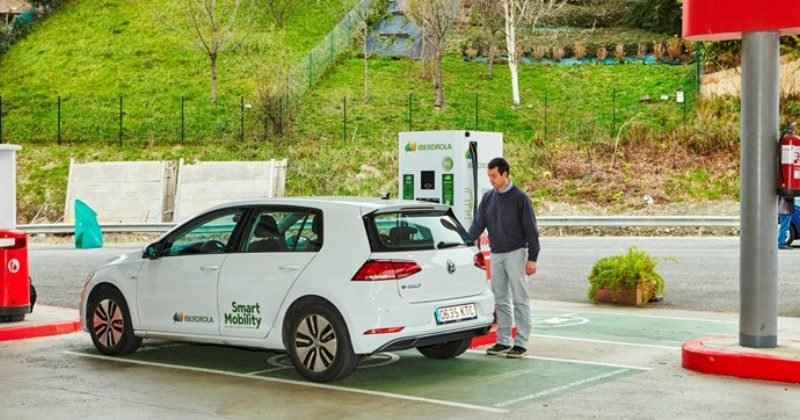 Iderdrola and Avia will install more than 500 rapid chargers for electric vehicles in Spain and Portugal. The initiative comes in the wake of an initial agreement whereby 48 rapid charging points were installed in 24 Avia service stations in seven regions of Spain.

Iberdrola and Avia have selected more than 100 service stations covering almost all the Spanish autonomous regions for the installation of new recharging points for electric vehicles in Spain - the figure includes 20 in Portugal where both companies operate - and at least ten of them will be ranked as Premium.

The collaboration between the companies also extends to action on two other areas: firstly, Iberdrola will promote self-consumption systems at Avia service stations by installing photovoltaic solar panels; and secondly, both companies will develop customer loyalty initiatives whereby Iberdrola will publicise the advantages of the Avia Club, which already has 300,000 members, while Avia service station customers can have benefits from Iberdrola.

"This agreement emphasises the importance of working together with all the players involved in sustainable mobility," said Iberdrola Spain sales manager, Alfonso Calderón.

"With Avia we have found [an] ally with which to move forward in the roll-out of long-distance rapid recharging solutions to meet the challenges of electric mobility, based on clean energy free of CO2 emissions."

The new initiative comes in the wake of a collaboration between Iberdrola and Avia a year ago, which involved installing 48 rapid chargers for electric vehicles in 24 Spanish locations.

Users can also manage their vehicle charges using the Iberdrola Public Charging App provided by the company as part of its Smart Mobility plan, for geolocation, booking and paying for vehicle charges through mobile phones.

Iberdrola has devised a Sustainable Mobility Plan. The company plans to have installed 25,000 charging points in Spain by 2021, in homes, businesses and urban and interurban sites with public access.

The plan includes installing fast, super-fast and ultra-fast charging stations on the main motorways and highways, reaching all provincial capitals and making it possible to drive all the way across Spain in an electric vehicle.

Iberdrola is working on different initiatives to 'mobilise' all the agents involved in the development of sustainable mobility, from governments to institutions, companies and electric vehicle manufacturers.

The company has recently become the first Spanish business to subscribe to The Climate Group's EV100 initiative, with the aim of accelerating the transition towards electric vehicles with a commitment to electrifying its entire fleet of vehicles and allowing its staff to charge vehicles at its businesses in Spain and the UK by 2030.