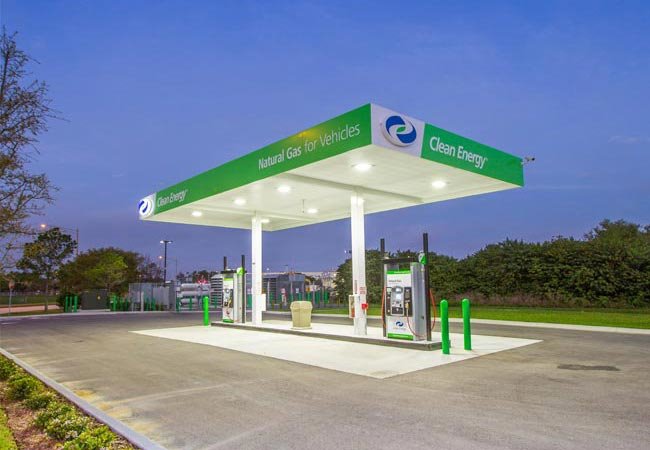 Redeem was the first commercially available RNG vehicle fuel, derived from capturing biogenic methane that is produced from the decomposition of organic waste from dairies, landfills, and wastewater treatment plants.

The environmental impact of replacing 143 million gallons of diesel fuel with RNG is the equivalent of reducing 745,000 metric tons of greenhouse gas emissions—also equal to planting 12 million trees, or removing 158,000 cars off the road, or reducing 260,000 tons of waste that would otherwise be sent to the landfill, the company said.

In 2019, Clean Energy unveiled ambitious goals to exclusively offer zero-carbon Redeem at all of its fueling stations by 2025. At this pace Clean Energy would outdistance other alternative fuels, including electric vehicles, which are not expected to hit that mark until 2045.

Clean Energy’s 2019 Redeem totals were bolstered by a seven-year contract with UPS for 170 million gallons to fuel their large fleet of natural gas heavy-duty trucks around the country, the largest purchase of RNG ever in the US. In 2019 Clean Energy provided an estimated 16 million gallons of Redeem to UPS.

Redeem sales were also strengthened by the addition of more ultra-low emissions trucks operating in the ports of Los Angeles; and from wider adoption by municipalities including Santa Monica, Santa Clarita, Midway City, Redondo Beach, Sacramento, Ontario and San Jose.