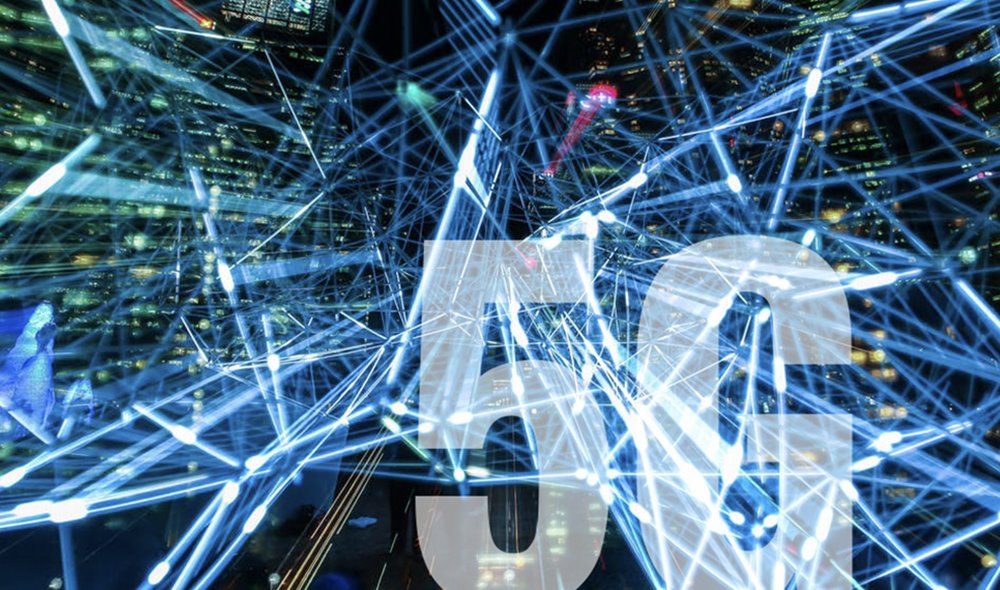 5G literally refers to the fifth-generation of wireless technology, following on from 3G and 4G. The biggest changes will bring users higher speeds, lower latency, and the chance to connect more devices at once.

Speed, for example, will provide almost instant transfers across the internet, faster than the human reaction time. So something like a live-stream of a surgery, where the doctor is operating remotely, would be virtually instantaneous.

Qualcomm, an American multinational semiconductor and telecommunications equipment company, is predicting a US$12.3 trillion economic boost globally, with 22 million new jobs in the infrastructure and technological development of new 5G networks.

As of 2019, 5G is mostly relying on 4G connections, so its full capabilities are limited to test environments at this stage. But from this year, when the standalone 5G networks are eventually deployed and enabled, the race to develop better, faster, more efficient devices and processes will equate to an exponential growth and potential.

We’re already seeing the push of connected devices in and around the home and office – Alexa, Siri, and Google are talking to us more than some of our family members and office workers! Especially at work we’ll start to see how 5G can benefit our customers, and advance our products and services.

A major improvement is the number of devices the network can handle. The standard for 5G requires that the network must support at least one million devices per square kilometre. But this isn’t just for one million phones. By 2023 it’s estimated there will be 1.3 billion connections on the 5G network, from phones through to fridges, cars to drones, and VR headsets that enable you to catch up with friends overseas as if you were really there.

When’s it coming? According to Gartner, 7% of communication service providers have already deployed 5G. South Korea has pushed 5G out on a large scale, while major cities in the US, the UK, Switzerland, Finland, and Australia have 5G available commercially. Most of the 5G networks are currently piggy-backing off the 4G hardware (known as a non-standalone connection), but in 2020, the standalone technology will start rolling out.

Gartner estimates that revenue from the 5G hardware installation will double to $4.2 billion in 2020. But all this takes time: globally, it’s not until 2024 that around 40% of people will be able to access 5G.

The 2019 State of the Digital Workplace report from Igloo found that 70% of remote workers feel left out of the workplace, due to issues with not being able to access people, documents or information, and missing out on processes or policy changes.

5G is set to overhaul the way that technology functions and will make working from home feel like working in the office (without the bad coffee, freezing temperatures, and all-too-regular fire drills). Files that are on the network can be downloaded easily; meetings will feel seamless and lack the lag that often happens now; and collaboration will be straightforward and effective.

In addition to improvements in speed and efficiency, it’s via 5G that the Internet Of Things will come out of the age of sci-fi and into reality. A smart workplace could mean lighting, heating, and audio-visual preferences are enabled for each employee based on their location. Office admin tasks, from cleaning through to meeting planning, could be fully automated.

Virtual meetings will improve productivity and efficiency. And this is only in an office environment – in other workplaces, like factories, the operating theatre, a busy kitchen – production and operation will be revolutionised with the automation capabilities of 5G.

Of course, automation and robots are already used extensively in the workplace, in health care, manufacturing, agriculture and food prep particularly. But the soft skills shown by the robots of yesteryear require an extreme processing speed to respond to and “think” like their human colleagues.

While some of these technologies and capabilities already exist, slow speeds and rush-to-market performances have led to inconsistencies, data drop-outs, and a lack of thought around security.

How will 5G affect different industries? The manufacturing industry will see huge improvements in safety and productivity thanks to 5G. Machine learning, robots, intelligent workflows and processes, and monitoring and tracking will make production quicker, safer, and more efficient, allowing for advances in development, reduction of costs, and an increase in end-user satisfaction.

Finance: Wearable devices and mobile payments will be improved to the point where credit checks, loan applications, and smart trading can be done on the go and in real-time. Other 5G assisted technology includes advanced data collection and wealth management, remote banks and tellers (the estimated global market for augmented reality is $14.2 billion by 2022), and even insurance overhauls: Goldman Sachs predicts a $1.4 billion market for drones used for insurance claims.

One fintech company already harnessing the power of 5G is expense reporting startup AppZen, which uses AI to automate processes within finance, including auditing. The platform, currently used by Comcast, Neilsen, Amazon and Salesforce, has audited over $50 trillion to date, and looks for duplicate spends, suspicious activity, overcharges, and errors by comparing expense accounts with hundreds of external data points to verify the invoices.

Energy: The introduction of 5G will mean both hugely improved monitoring and maintenance of the production plants, as well as development and management of smart grid technologies that incorporate renewable energy sources. Sensors will operate on a real-time reporting system that works quickly and reliably across pipelines, ensuring maximum uptime and reducing the need for human intervention.

Smart meters will improve customer knowledge and access about their power usage, while 5G’s ability to dramatically increase the lifespan of battery-dependent devices means reduced costs in both hardware and resourcing.

Huawei Technologies and China Telecom built a Green 5G power station that collaborates with the base station to save power consumption by up to 18%. According to Huawei, the 5G Power solution will save 8.3 billion kWh of electricity each year – that’s a reduction of 2.3 billion kilograms of carbon emissions.

There is a lot of talk about the risks that are associated with 5G, and they can be broadly put into two categories – cybersecurity, and health concerns.

Cybersecurity: 4G technology can support about 4000 devices per square kilometer. 5G is expected to be able to support around one million devices per square kilometer using the mmWave spectrum. Data transfer is likely to be ten times faster than it is today. This obviously has implications for business security. Edge computing, where processing happens closer to the device, is amazing for speed and data usage, but it could also be a security concern when the data isn’t getting checked in a central database.

This device connectedness means more endpoints for attackers to get into a network, and once they’re in, the scope for widespread damage is as large as the network’s footprint. These devices can become a botnet, which hackers can use to launch Distributed Denial of Service (DDoS) attacks.

These issues are already high on the priority list for 5G’s rollout, with recent research from the Neustar International Security Council (NISC) revealing that 75% of security professionals are concerned about the impact of bot traffic on their organizations, while DDoS attacks once again ranked as the greatest overall concern.

It’s not just the devices that are vulnerable – the small cell antennas that need to be deployed could become physical targets, and early-phase security software may not be able to stand up to attackers.

Having said that, any new technology will need to be tested, phased in, and deployed with extreme care and caution, and security companies will be working hard on preparing for any attacks that could potentially compromise the new wave of technology.

One of those is Nuclear Cyber, security partner of LiveTiles, an organisation that provides dashboards, portals and intranets for businesses with a heavy focus on AI and analytics. With the rising number of employees working from home, and the huge number of newly-connected devices when 5G really hits, how can businesses protect themselves and their customers from attacks? Kurt Mueffelmann, CEO of Nuclear Cyber, says it’s not about preventing hacks; it’s about protecting the data.

“If a device gets hacked, what is the hacker trying to gain access to? Generally, it is some level of data; whether intellectual property, sensitive information like credit cards or health, financial results, etc. The question isn’t what you do to prevent the hack.”

“Companies need to take a more data-centric approach on how to protect the ‘crown jewels’ of key information within an organisation. It’s a different paradigm, but one that is beginning to take shape in a more aggressive manner. Security needs to be the ‘nucleus’ of the intelligent workplace!”

The potential for 5G in business leaves plenty of room for excitement, too, and organisations should also start thinking about how 5G could improve processes and production. The time to dream is now.