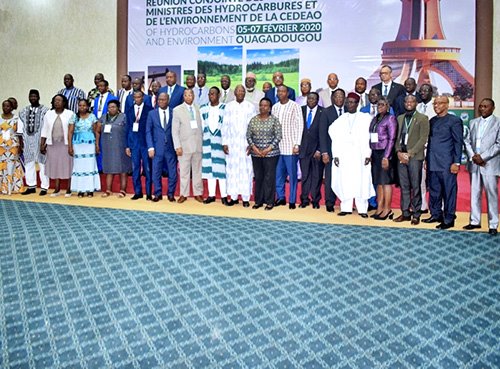 With a population of close to 400 million people, the West African region has one of the fastest growing vehicle fleets in the world. As in most African countries, the bulk of vehicle imports into the region consists mainly of used vehicles. Regulation to restrict the quality of cars being imported into the region is weak. This, coupled with poor fuel quality, is one of the leading causes of increasing levels of air pollution in cities in the region.

In a major step to reducing air pollution and climate emissions in the region, the environment and energy ministers of all the 15 countries of the Economic Community of West African States (ECOWAS), met on 6 - 7 February 2020 in Ouagadougou, Burkina Faso and adopted a comprehensive set of regulations for introducing cleaner fuels and vehicles in the region.

The high level ministerial meeting was organized by the ECOWAS Commission with the support of the United Nations Environment Programme (UNEP) and other partners.

The specific regulations adopted by the ministers on cleaner fuels and vehicles are:

These decisions will now go to a Council of Ministers meeting taking place in June 2020, for formal adoption. Once adopted, the legally-binding decisions will become effective on 1 January 2021 at the latest.

This is not the end of the process, as several countries are now requesting for implementation support to for example, help to draft national fuel and vehicle standards, or to implement the fuel economy roadmap and introduce electric mobility.