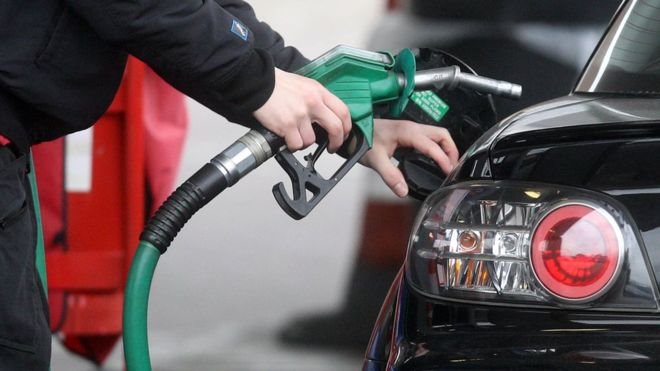 A more eco-friendly petrol could be introduced in the UK from next year.

The government is consulting on making E10 - which contains less carbon and more ethanol than fuels currently on sale - the new standard petrol grade. The move could cut CO2 emissions from transport by 750,000 tonnes per year, the Department for Transport said.

However, the lower carbon fuel would not be compatible with some older vehicles. Current petrol grades in the UK - known as E5 - contain up to 5% bioethanol.

E10 would see this percentage increased up to 10% - a proportion that would bring the UK in line with countries such as Belgium, Finland, France and Germany. Prime Minister Boris Johnson is due to chair his first cabinet committee on climate . Transport Secretary Grant Shapps said the change in petrol could be equivalent to taking up to 350,000 cars off the road each year.

"The next 15 years will be absolutely crucial for slashing emissions from our roads, as we all start to feel the benefits of the transition to a zero-emission future," he said.

"But before electric cars become the norm, we want to take advantage of reduced CO2 emissions today. This small switch to petrol containing bioethanol at 10% will help drivers across country reduce the environmental impact of every journey."

The announcement of the consultation comes after the government announced that a ban on the sale of new petrol, diesel and hybrid cars would be brought forward from 2040 to 2035 - although Mr Shapps said it could happen as soon as 2032.

The UK, which will host the United Nations climate change conference in November, aims to reach net zero carbon emissions by 2050. Labour maintains the government is not on track to reach such a target.

Meanwhile, the chancellor is expected to scrap a subsidy on diesel used by the farming and construction sector in an effort to encourage a switch to greener alternative fuel vehicles and help the UK meet its climate change targets.

Rishi Sunak is set to announce in his budget budget that red diesel - so-called because it is marked with a dye - will no longer attract a lower fuel duty. It currently accounts for about 15% of total diesel sales in the UK and costs the Treasury about £2.4bn a year in revenue.