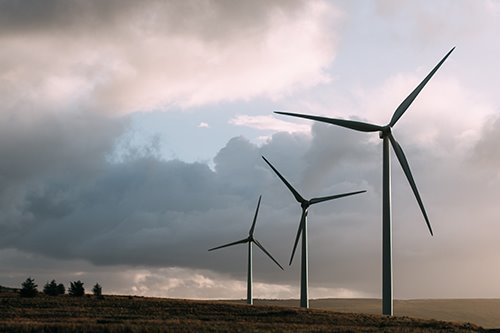 Repsol has added an 860MW wind complex in northern Spain to its development portfolio, in effect turning the Spanish oil & gas company into a major wind developer.

The so-called Delta 2 project will consist of 26 wind farms in the provinces of Huesca, Zaragoza, and Teruel, and will be built over the next three years and operated by the group’s Repsol Electricidad y Gas unit. Once online, the wind complex together with the already under construction 355MW Delta complex in the regions of Zaragoza and Teruel, and the 255MW PI wind farm between Palencia and Valladolid, will push Repsol’s wind power fleet in Spain to 1.45GW.

The oil firm also has a participation in the 25MW Atlantic WindFloat floating wind array off Portugal. The wind power push comes as part of a strategy to reach net zero CO 2 emissions by 2050. In interim steps, Repsol wants to reduce its so-called ‘carbon intensity indicator’ by 10% by 2025, 20% by 2030, and 40% by 2040.

“Delta 2 will contribute to reaching the target that Repsol has set to reach net zero emissions by 2050, being the first company in its sector to set this ambitious goal,” the company said in a statement.

Repsol said it plans to develop up to 500MW in new renewables project per year, lowered the long-term value of its oil and gas projects and booked a nearly €4.85bn ($5.33bn) impairment on production assets. Repsol already has 697MW in operating hydro capacity in Spain, and is also developing 595MW in solar projects in southern parts of the country, bringing its total renewables development pipeline to 2.05GW.

The company also operates 2.25GW in combined-cycle gas-fired plants for industrial use or electricity production. Repsol’s emission reduction goals will serve as the basis for its 2021-2025 Strategic Plan that will be presented to the market and to investors on May 5, 2020.