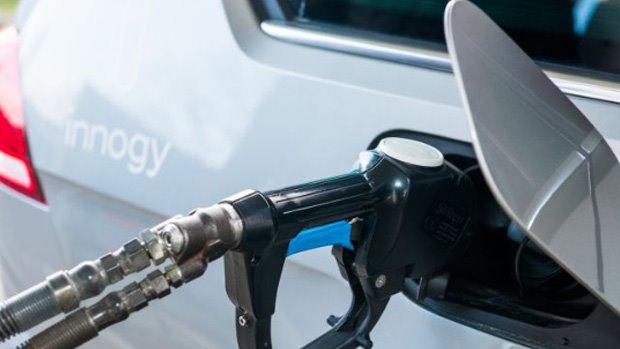 Biomethane-enriched natural gas is an emission-pure variant of CNG, which, when burned, releases up to 80% less carbon dioxide emissions into the air than petrol or diesel, and thus meets even the strictest limits of pure mobility.

Innogy obtains biomethane from biodegradable waste from the Rapotín Energy Recycling Center (ECR), which belongs to the Energy financial group holding. It plans to test this 100% renewable gas from its 63 CNG filling stations located throughout country by the end of June this year.

“Biomethane is a full-fledged alternative to electromobility, but at significantly lower input costs. It is as renewable as electricity produced from the sun or wind and does not require any additional engine modifications. Its great advantage is the seamless injection into the gas infrastructure as well as into CNG vehicles,” said Zdeněk Kaplan, CEO of innogy Energo.

“Biomethane is one of the fuels of the future. Compared to other conventional biofuels, it has the lowest greenhouse gas emissions and the lowest life cycle energy consumption, especially if it is produced from biodegradable waste,” Kaplan added.

ECR Rapotín produces biomethane for ingots in the Šumpersk region from biodegradable waste. It uses modern technology with a certificate from the International Biomass and Biofuels Certification System (ISCC EU). Once injected into the distribution system, biomethane can be consumed anywhere. It can be used both for the operation of energy equipment and in transport.

“The possibility of storing biomethane in the distribution system and consumption at any connected point is its great advantage. This is also why it is perceived as part of solving many problems at once, whether it is the energy recovery of waste, reducing air emissions in transport or reducing carbon dioxide emissions in the energy mix of fuels,” says Martin Vrtiška, sales director of the Energy financial group.

According to an extensive study on the life-cycle greenhouse gas balance commissioned by the International Automobile Federation (FIA) last year, CNG-powered cars are more environmentally friendly than electric cars. Compared to electric cars, CNG cars are cheaper, simpler and have less demands on the charging infrastructure.