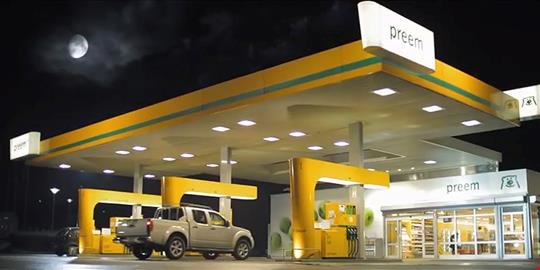 Preem owns hundreds of petrol stations in Sweden, as well as oil refineries. Its business is divided into three parts: refining, retail, and supply and trading.

Using a software tool from Tricentis, Preem has already cut its costs and increased efficiency when making changes to its enterprise resource planning (ERP) software. It became one of the first Swedish customers of Tricentis after its procurement process ended two years ago with the selection of the Australian supplier’s Tosca software.

Magnus Sundset is one of two Preem employees who works with the Tricentis tool, which is used to test ERP software. The software’s ease of use is a major attraction. “The reason I like this software is that it is so easy to use,” he said. “Programming is as easy as making choices by clicking. You don’t need to write your own script.”

Preem, which is about 25 years old, grew through mergers and acquisitions, integrating parts of several other oil fuel companies, including BP and Texaco. As a result, it had 40 different ERP systems, which were consolidated onto Infor’s M3 ERP in 2016.

The automation of all tests on ERP saves time in comparison with running tests on the computer and typing in every command by hand. Sundset said he could program the computer and leave it to work on its own overnight. Preem said it hasn’t used the tool long enough to notice any clear cost savings, according to Sundset, but it reached its time-saving target very quickly.

That’s because it’s extremely time-consuming to run these types of tests manually. You have to repeat and repeat until you’ve gone through every possible variation of the program you could possibly get,” he said. This is labour-intensive work and probably something considered by most workers as very boring. A trade union would call the work repetitious or monotonous.

Preem carries out regression tests when it makes upgrades or changes in the system. In some instances, it has hundreds of different steps to test. It’s also necessary to make different variations of the same tests to capture all possibilities. When they used to make those manually, it took a long time and stretched resources.

“Automation of tests using Tosca is a good way to gain good quality,” said Sundset. “The systems we try to improve are critical parts of the ERP software in Preem.” The tools delivered by Tricentis to Preem can now be used on 70% of the internal processes.

Preem doesn’t develop software internally, but buys off-the-shelf software and makes changes to it later where needed. When it adds changes to the applications, it tests for faults. The test shows where there is such a fault and automatically creates a report.

The use of the software is part of a wider automation strategy at Preem. “We had to start using test automation to keep our business flow going,” said Sundset. “Automation is very interesting to us, and so are software robots.”

Preem is also planning to roll out robotic process automation (RPA) software in its operation. “We are really happy with Tricentis and it has RPA, but we are of course using our normal purchase process and looking at other suppliers such as BluePrism,” said Sundset.