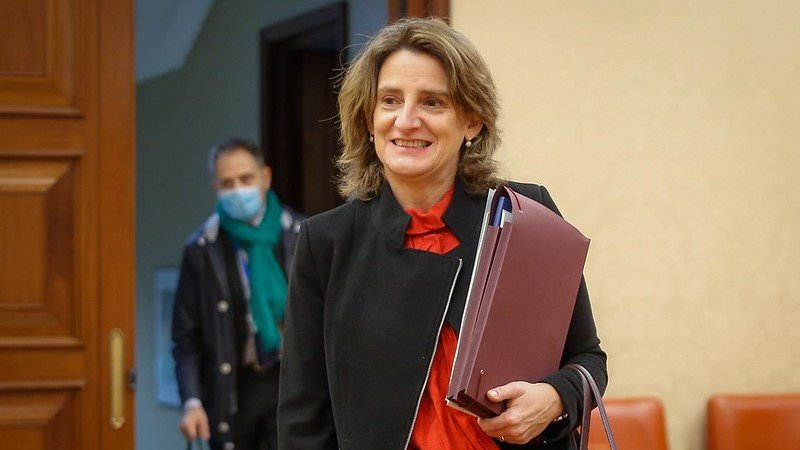 The Spanish government is due to present an ambitious draft law to cut the country’s carbon emissions to net zero by 2050 to Parliament. Spain joins a handful of countries to have set out a legal binding strategy to end their contribution to global heating in the next 30 years.

The draft text, which follows a public consultation started in February 2019, sets the direction of economic recovery from the coronavirus pandemic. “We would like to have presented this law in other conditions, several weeks ago,” said Spain’s vice president Teresa Ribera, (pictured) who serves as the minister for the ecological transition, adding the draft bill had to be “a useful guide” to shape the recovery effort.

“This law offers us an incredible opportunity to debate about the country that we want to be,” she said. Under the law, which still needs to be approved by Parliament, the government is pledging to make Spain’s electricity system 100% renewable by the middle of the century, ban all new coal, oil and gas extraction projects with immediate effect, end direct fossil fuel subsidies and make all new vehicles emission-free by 2040.

To reach its 2050 goal, the government has proposed interim targets through its national energy and climate plans to 2030. By 2030, the government pledged to reduce emissions 23% from 1990 levels and double the proportion of renewable sources in total energy consumption to 35-42% — an objective it described as consistent with the EU bloc-wide target to cut emissions 50%-55% by 2030.

To do so, clean energy sources will need to make up at least 70% — striving for 74% — of the electricity mix in the next 10 years and efficiency measures will need to reduce energy consumption by at least 35%, primarily through the renovation of buildings and homes.
The government forecast the plan would generate more than €200,000 million ($219,000 million) of investments in the next decade and create up to 350,000 new jobs every year.

In a briefing paper, it claimed these carbon-cutting measures would boost the country’s economic growth by 1.8% by 2030 compared with business as usual.

The proposed law establishes a commission of experts on climate change and the energy transition to evaluate progress and make recommendations for improvement. The commission will also coordinate climate change policies across communities from December 2021.

The law is expected to shape the recovery from Covid-19. More than 27,500 people have died of the virus in Spain, according to the World Health Organisation – making it one of the worst affected countries in the world.

The draft law “finally provides an institutional framework for the action that science and people are asking for, and it comes at a time when it is more necessary than ever,” Ribera said. “We need a country that thinks about the future opportunities for young people, we can’t leave them a mortgage.”

“At a time when we have to address the Covid-19 recovery process, the energy transition is going to become an important driving force for generating economic activity and employment in the short term and in a manner consistent with what we will need as a country in the medium and long term,” she said. In the short term, the government identified energy efficiency measures and renewable deployment as leverage for economic recovery.

Specific measures such as the promotion of hybrid energy generation, incorporating both solar and wind energy in the same installation for example, are being considered to upscale renewable capacity. Reversible hydroelectric power plants have also been made a priority.