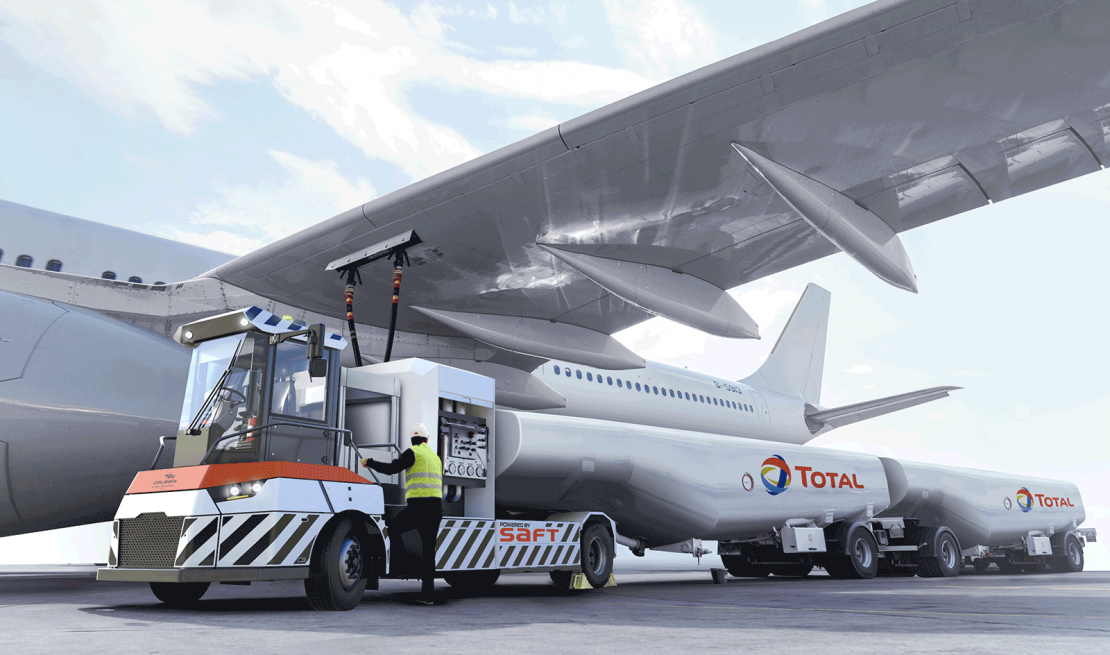 Total group has announced it will develop the world’s first 100% electric fuel truck. The French oil and gas company will work with compatriot engineer Gaussin on the project.

The truck, which will help refuel aircraft, will be able to tow two 30-ton fuel tanks at the Airbus industrial site in Toulouse, starting this year. The vehicle will feature a lithium-ion battery made by Total’s energy storage company Saft. “The batteries will be entirely developed and manufactured at Saft’s facilities in Nersac and Bordeaux, in the Nouvelle-Aquitaine region of France,” the group said.

The firm order, the group said, paved the way for development of a fleet of aviation-related vehicles. Total supplies aircraft refuelling technology to 280 airlines at 300 airports. “With this development, Total illustrates its commitment to reduce its carbon footprint on the airport platforms it supplies and operates, alongside its customers and partners,” said the fossil fuel major.

The group recently announced its intent to achieve carbon neutrality in its European activity by 2050, including end use of its products.