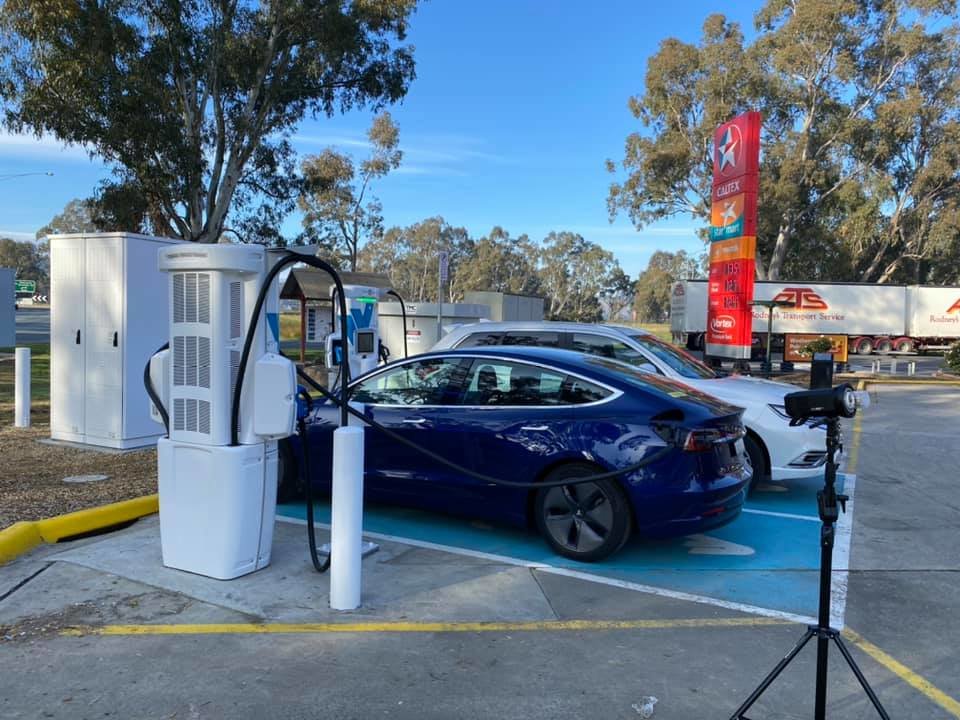 The first of six Evie Networks ultra-fast EV charging stations at Caltex/Ampol retail outlets in Victoria and New South Wales is up and charging.

The Avernel site is strategically positioned between Melbourne and the VIC-NSW border town of Wodonga Caltex/Ampol (Ampol) and Evie Networks have initiated their partnership with the roll out of EV charging at the first of six Ampol sites in New South Wales (NSW) and Victoria (VIC) over the next year.

Caltex and Ampol merged in 1995 and has been operating as as Caltex since, however the company has announced that it will be reverting back to Ampol (Australian Motorists Petrol Company) by the end of 2020.

The six Ampol sites will become part of Evie’s ultra-fast charging network stretching from Cairns to Adelaide. “Alan Stuart-Grant, Ampol’s Executive General Manager, Strategy and Corporate Development, said the pilot would provide an opportunity to test how EV charging can be integrated into a traditional service station forecourt.

The first of the six sites went live with two 350kW Tritium chargers at Avenel, VIC, over the weekend, a strategically important station between Melbourne and Wodonga on the VIC-NSW border. It is of course integral to EV charger distribution that existing fuelling stations play ball, after all, they have already position themselves throughout the nation’s highways. Stuart-Grant understands that Ampol can thus play a key role in EV charging.

Evie Networks’ ultra-fast charging network is set to be the largest in Australia.