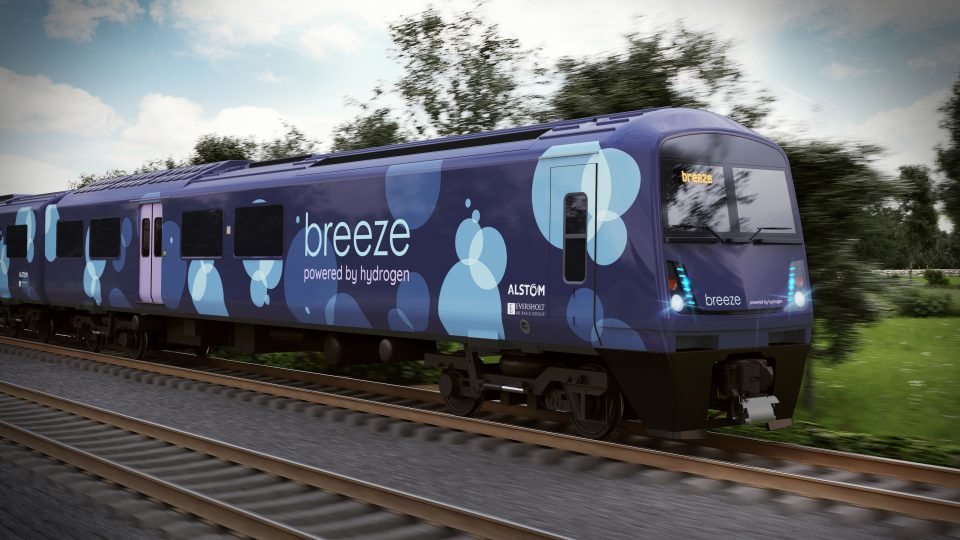 As the UK begins to take its first cautious steps out of the lockdown that has precipitated the worst economic crisis in modern history, thoughts have inevitably begun to turn to the question of what comes next.

For some, the devastation wreaked by the coronavirus pandemic gives the UK a chance to fundamentally reset its economy: to “build back better”, as the slogan goes. One technology that has seen a surge in interest over the past few weeks is that of hydrogen fuel cells, which have long been touted as a means of decarbonising the UK’s transport systems.

While battery electric cars have taken many of the headlines in recent years, firms behind hydrogen vehicles are now itching to roll out their products into mainstream use. Around the world, firms such as Toyota, Daimler and Nikola – a electric vehicle firm being hailed as Tesla for trucks – have commitments to new forms of transport based on the fuel.

In terms of hydrogen fuel buses, the technology is now at a point where it is as efficient to use the fuel to fill and run as diesel. Jo Bamford, JCB scion and founder of hydrogen bus firm Ryse, said that his vehicles can “do everything that a diesel bus can”.

Citing a fueling time of just seven minutes, Bamford is convinced that now is the moment for the UK to stake a claim to be a world leader in this area. "Coming out of this crisis, we need to pick some winning technologies and back them. Europe is about to start funding hydrogen, but we could run quicker here because we’ve got a couple of manufacturers which already make hydrogen buses”, he said.

The first 20 of Ryse’s double-decker hydrogen buses will be coming to the streets of London this year, while Wrightbus, which Bamford also owns, has laid out plans to manufacture 3000 more vehicles.

For Bamford, by pursuing the hydrogen market, the UK can set itself out from many other countries leading the drive towards battery electric vehicles. “Every country is a bit like a bunch of people standing at the beginning of the hundred metre dash.

He added that instead of “playing catch-up” with countries like China, which produces 73 per cent of the world’s batteries, the UK should instead make use of its own natural advantages as a world leader in wind power to push on hydrogen technology.

However, he warned, we have to act now. Germany unveiled a €7bn hydrogen strategy to provide 10 gigawatts of capacity by 2040, while an EU-wide plan is expected later this month. Mike Muldoon of engineering giant Alstom insisted that it was “not too late” for the UK to stake a claim to leadership in the field.

Alstom is awaiting the go-ahead to unveil the UK’s first hydrogen train, which it develop by converting diesel vehicles owned by rolling stock firm Eversholt. The government has set a target of decarbonising the UK’s railways by 2040, which will mean replacing nearly 2,500 rail vehicles, Muldoon said.

As with electric cars, electrification of the UK’s mainline railways has received much of the attention in recent years, but Alstom’s Breeze model will be used on the UK’s non-electrified regional lines, which are especially prevalent in the north.

“The ideal mix going forward is that electrification should handle really heavy duty high energy requirements because that means you can do the range, you can do the speed, you can carry the highest volumes of people”, he said.

“It’s away from those routes where hydrogen has a huge part to play in making sure that when you step off an incredibly clean electric train, you want to step onto an incredibly clean regional train”. The conversion of Eversholt’s trains will take place at Alstom’s facility in Widnes, and Muldoon said that the technology could contribute to the government’s levelling up agenda:

“From the rail perspective, we tend to be looking at routes in the areas that the government wants to level up. What better way to bring in new technologies, bring in new skills and start to transfer that and spread that across the country?”, he said.

As with Bamford, Muldoon agrees that from this base the UK could quickly become a force in the international market. “It is probably going to be the countries that can generate domestic demand, which will then encourage and grow a domestic supply chain, who will be the best placed then to export and to develop from that domestic base”.

That’s certainly the opinion of a new paper by Eamonn Ives of influential think tank the Centre for Policy Studies, which finds that the UK can be a leader in the technology. The report, that calls for the UK to make its bus fleet zero-emission by 2038, says that the government should develop a hydrogen strategy before next year’s landmark COP26 climate summit in Glasgow.

Bamford said that it was critical for the government to make an announcement in the next three months if the UK was really to seize its opportunity: "Wouldn’t it be cool for COP26 if the prime minister was standing in front of a hydrogen production facility with a Boris bus that we make, filling it up with hydrogen?”