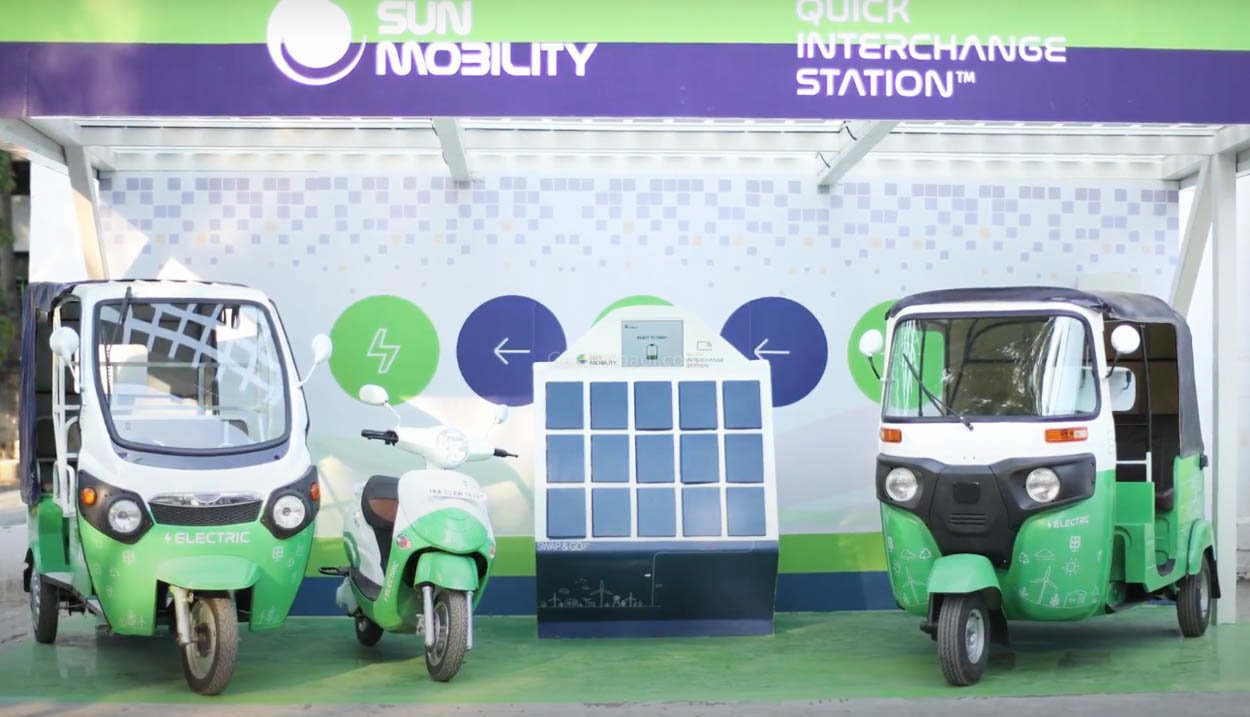 Lack of charging stations has been a major impediment for adoption of electric mobility in India. Battery swapping is considered a cost effective option for electric three- and two-wheelers since installing charging stations are expensive and requires approval from a host of authorities.

The Narendra Modi government has been pushing for electric mobility as it looks to transform India's energy landscape to keep with its climate change commitments.

According to Dharmendra Pradhan, union minister, Petroleum and Natural Gas and Steel, in line with Prime Minister's vision, which focuses on reducing carbon footprint, electric mobility can help India meet its Paris Agreement commitment of reducing carbon emission intensity (emission per unit of GDP) by 33 to 35 percent of 2005 level over 15 years.

“Thus the country can save 64% of the anticipated passenger road-based mobility-related energy demand and 37% of carbon emissions in 2030 by pursuing a shared, electric and connected mobility future. While the oil marketing companies had worked together to usher in BS-VI fuels across the nation, the time has come to go beyond this and introduce more path-breaking technologies in the business," added Pradhan.

In 2019, the Indian government earmarked ₹10,000 crore to encourage development, manufacturing and usage of electric vehicles though the Faster Adoption and Manufacturing of Electric Vehicles (FAME) scheme.

“As India emerges from the lock-down, the focus should be on creating a conducive, collaborative EV ecosystem to make e-mobility take off in the country. IOCL’s extensive footprint - as the largest oil & gas corporation - will ensure that battery swapping infrastructure is accessible to customers at the same scale and ease as conventional vehicles," said Chetan Maini, co-founder and vice-chairman, Sun Mobilty.