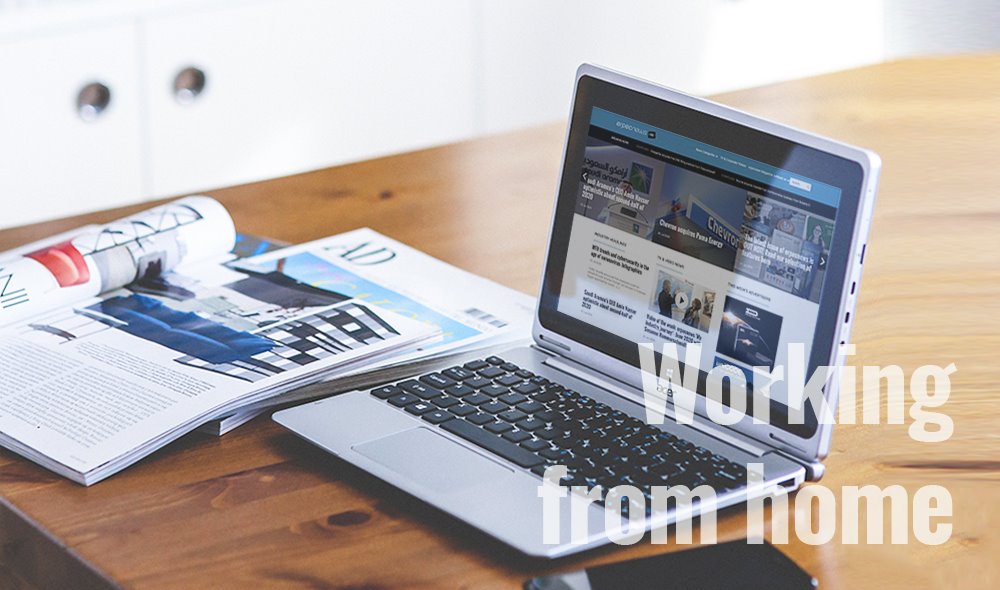 Twitter recently announced that employees would be allowed to work remotely “forever,” and Amazon CTO Werner Vogels described the transition to cloud-based work environments as “permanent” at the AWS summit in May.

AME Asia surveyed over 1,000 people currently working from home on what their work life has been like in this new remote environment. Being able to work from the comfort of their own home may help employees feel more comfortable about telephone work, but cybersecurity is a different story. More than half (59%) of employees felt more secure digitally when working from the company office, and more than 1 in 3 (36%) were more cautious about opening up emails at home.

Many employees may not have gotten properly trained on work-from-home procedures before their company made the shift to remote work, either. Sixty-five percent of employees said their managers didn’t educate them on COVID-19 scams, and 56% said they didn’t receive formal guidelines on videoconferencing safety before leaving the office.

And while 86% of managers indicated preparing their teams for secure work-from-home behaviors, just 60% of employees said they received such instruction from their own management teams.

The most common videoconferencing programs being used at home included Zoom (63%), Skype (42%), and Google Hangouts (26%). Just 1 in 4 employees indicated using Microsoft Teams, which surged to 75 million active daily users in April, a 70% increase. Slack (16%) and GoToMeeting (12%) were the least popular of the video chat options

Microsoft Teams may not be the most popular videoconferencing software solution companies are turning to, but it’s far perceived as the most secure. A vast majority, 93% of employees, cited Microsoft Teams software as safe and secure to use. Following Microsoft Teams, Google Meetings (89%), Skype (89%), Google Hangouts (85%), and GoToMeeting (82%) received distinctions for security.

Security is a major concern for those working from home

Security may be a greater concern for teams working remotely when their own devices are in question. More than half of employees (55%) were teleworking off their own devices. As a precaution, 34% acknowledged changing the passwords on their devices at some point during COVID-19.

The results also found that at least 1 in 5 employees identified having upgraded their Wi-Fi (23%), added a VPN (22%), turned on two-factor identification on their logins (20%), or accessed remote service to the company network (20%). Just 11% of employees confirmed downloading a monitoring app to scan their home network for vulnerabilities.

Despite potentially not having the best perception of the safety or security of the software they’re using, 58% of employees admitted to discussing sensitive information on work video calls. The most common discussions revolved around new company ideas (67.2%), followed by work-related discussions (57.5%), technical issues (48.8%), working remotely (47%), and productivity hacks (28%).

Even before the mass exodus of teams from their offices to their homes, a comprehensive two-year study from Stanford University made a strong argument for working from home. The results showed employees who telecommute for a full work shift are not only more productive, they’re also less likely to need sick days off or to leave the company they work for.

Under the right circumstances, working from home can be good for both the employee and employer; companies reported an average savings of nearly $2,000 for every employee working remotely by being able to reduce their office space needs.

The possibilities of working from home are promising for some businesses, but the transition can be difficult. To stay connected, 45% of employees said they’ve attended more meetings during the pandemic than when working in the office, compared to 21% who attended fewer meetings.

Regardless of which teleconferencing software you’re using, the concept of call fatigue remains the same: Video chatting requires more energy than a conventional office meeting, particularly when communication feels strained or the tech still feels unnatural.

Combined with the increase in overall meetings in general, the added pressure of navigating (and getting comfortable with) videoconferencing can be exhausting for teams.

Two in five employees identified as having video conference fatigue, attending three video calls every day, on average, or up to seven hours of calls weekly. Instead, employees would rather have just two video calls per day (10 a week), instead of the 15 calls every week they’re having now.

In an increasingly digital landscape, IT issues are sure to present themselves for employees working from home. More than 2 in 3 (68%) of those surveyed had experienced problems during a video call while working remotely during COVID-19, and nearly as many (63%) have had to spend time in a meeting while working through those issues.

The most common aggravations teams experience on work-related video calls included distracting background noise (41.5%), colleagues talking over each other (39.8%), and calls dropping (38.1%). While less common, many have also encountered episodes of webcams not working (27.6%), faulty microphones (25.5%), and distracting background visuals (18%).

No matter how exciting it might feel to break up an entire day’s worth of video meetings with a colorful background, it’s worth noting that it might not always be the most professional decision.

Look out for the scammers

Coinciding with a surge in the number of people working from home, businesses are also reporting a steep increase in the volume of phishing scams they’re encountering.

Without realizing what they’re clicking on, a malicious link can lead to disastrous effects that compromise the safety and security of an employee’s digital work environment. Some analysts suggest employees may not be as active in protecting against malware on their work devices as they are on their personal devices, and it’s up to managers and IT teams to create boundaries that enhance cyber security.

Nearly 66% of managers identified feeling moderately or slightly concerned about their company’s cybersecurity during the COVID-19 pandemic, and 17% of managers felt very to extremely concerned.