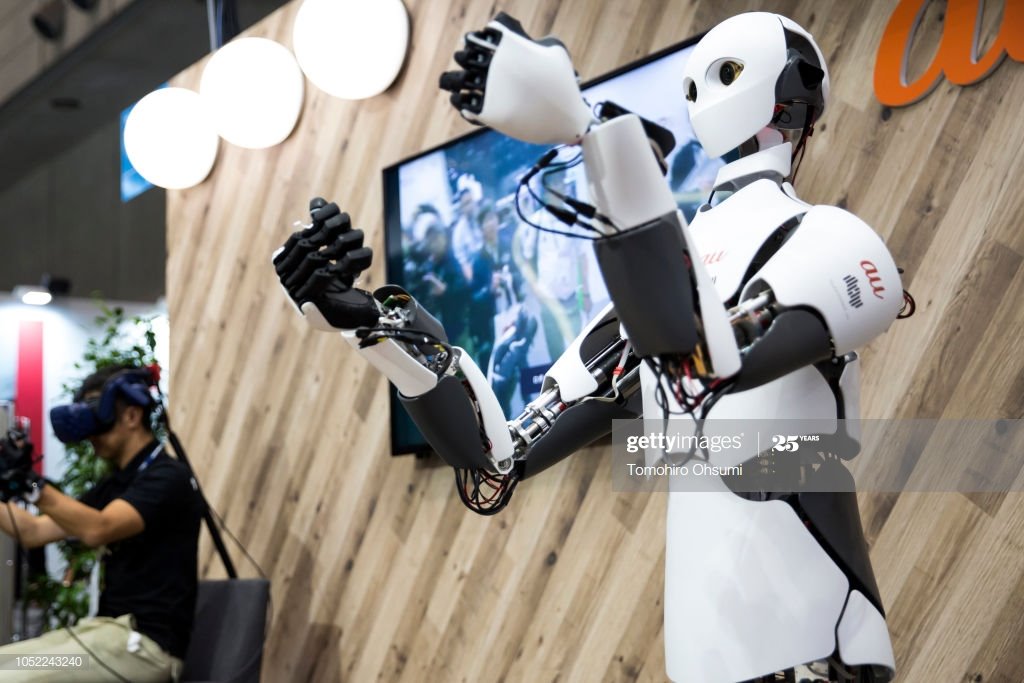 In Japan, the FamilyMart chain of convenience stores is trying an approach that’s a little bit different: By replacing some of its in-store assistants with robots to stack shelves. The social distancing robots are made by the Japanese robotics company Telexistence.

According to the company’s website, its humanoid Model H robots boast haptic sensors, stereo cameras, and binaural microphones, alongside a design that looks like a cross between the classic “little green men” alien and a Doctor Who Cyberman with a wheeled lower half for easier mobility. The robots were first unveiled in 2018.

This isn’t just another example of robots being used to replace a human workforce, however. Telexistence’s robots are teleoperated by humans who control them via virtual reality headset and haptic gloves. This enables the robot to carry out tasks more effectively, while also having the added benefit that the same store employees who were previously stacking shelves in person will be able to be the ones operating the robots. They will reportedly be working at VR terminals at a separate location.

“Telexistence is a concept of using a remote robot as his or her extended being, to release humans from space-time constraints,” the company’s website notes. “It was first proposed by Dr. Susumu Tachi, Professor Emeritus Professor of the University of Tokyo in 1980.

It is an evolutionary form of…robot system where the operator receives sensor information from the remotely located robot and controls the robot to conduct remote tasks. This isn’t the first innovative telepresence project we’ve covered from Japan.

With the emergence of COVID-19, the goal of this FamilyMart initiative is obviously a bit different — being focused more on socially distancing people than connecting them — but it’s nonetheless an impressive look at one possible application for telepresence robots. According to Time Out Tokyo, the robots are being put through their paces in select FamilyMart locations in Tokyo this summer. The aim is to have them installed in 20 stores by 2022.