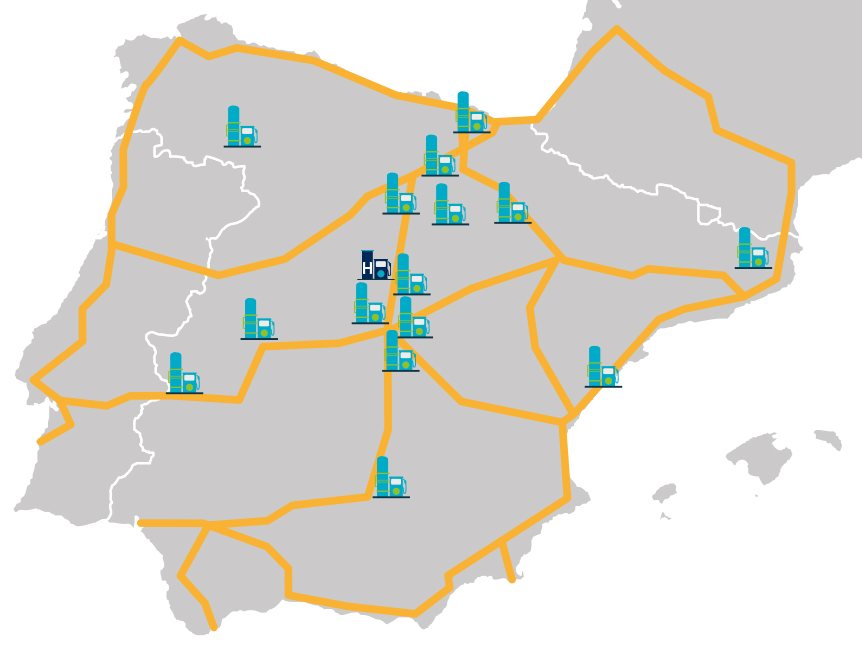 The European Commission will support the development of 15 refueling stations for vehicular LNG and one for hydrogen within the framework of the “ECO-net” project, coordinated by Enagás. Scale Gas, a startup born from Enagás' corporate venturing program, Enagás Emprende, will develop the projects.

The project has a global budget of approximately 13 million euros and includes the construction of 16 alternative fuel supply points to traditional fuels for heavy vehicles and passenger cars within a period of up to three years. These supply points, 15 of LNG and one of hydrogen - the first in Spain at 700 bar pressure - will be distributed along the Spanish corridors of the Trans-European Transport Network.

The ECO-net Project, Spanish Network of Alternative Fuels Refueling Stations, is part of the Connect Europe (CEF European Funds) mechanism, which promotes more sustainable and efficient transport. This initiative is in line with Directive 2014/94 / EU for the development of infrastructures for alternative fuels and with the Spanish National Action Framework for alternative energies in transport.

In addition to financial support from the European Commission, the project has a loan from the Official Credit Institute (ICO) that covers approximately 50% of the project. Enagás will contribute the remaining amount with its own resources.

The ECO-net Project has obtained the support of different companies such as Toyota, a pioneer in the introduction of hydrogen-powered vehicles on the market, and institutions such as GASNAM and the European project ECO-GATE, a global action plan co-financed by the EU and promoted by a consortium of more than 20 companies for the development of mobility with CNG and LNG in Europe.

Spain is the country in Europe with the most LNG terminals for supplying ships thanks to its geostrategic position and the strength of its infrastructures. With the ECO-net project, Enagás intends to advance in the same direction in the field of vehicular mobility, especially in the heavy transport sector.

The use of natural gas in transportation is key to improving air quality and moving towards more sustainable mobility. Natural gas makes it possible to eliminate practically all the contaminating particles of nitrogen oxides (NOx) and sulfur oxides (SOx). Specifically, it reduces NOx emissions by 80-90% and SOx emissions by close to 100%. In addition, it manages to reduce CO2 emissions by 20-30% compared to traditional fuels.

Hydrogen is a clean and efficient energy and is easily transportable and storable. In addition, its applications are multiple: from the generation and supply of renewable energy to homes, industry or businesses to its use as fuel for mobility, whatever the means of transport (maritime, rail or land).