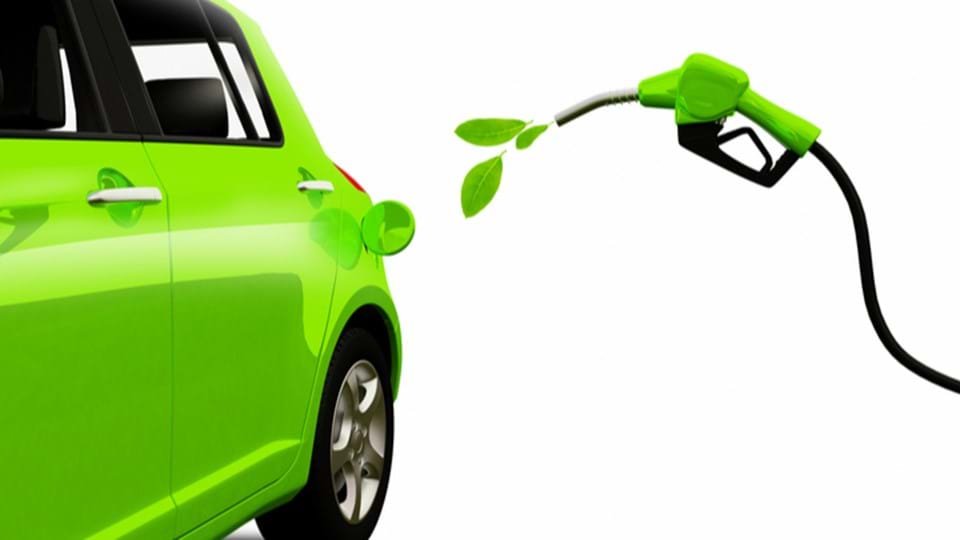 The push to expand the 15% ethanol blend (E15) nationally received a boost last year when the Trump Administration lifted restrictions on the year-round sale of E15. That initiative also aimed to provide more roundabout support to biodiesel markets.

But having an opportunity does not put product-compatible equipment onto the retail forecourt or in fueling terminals—especially during the current economic climate and for the smaller operations that might not be flush with capital or access to credit.

Now, there is one bright spot for those looking to supply higher biofuel blends. The U.S. Department of Agriculture (USDA) has committed up to $100 million in competitive grants for “activities designed to expand the availability and sale of renewable fuels,” the agency said in May.

“American ethanol and biofuel producers have been affected by decreased energy demands due to the coronavirus, and these grants to expand their availability will help increase their use during our economic resurgence,” said U.S. Secretary of Agriculture Sonny Perdue.

The Higher Blends Infrastructure Incentive Program (HBIIP) funds are focused on retail fueling sites and biodiesel distribution facilities by sharing the costs related to the installation of fuel pumps, related equipment and infrastructure.

The new program is the next generation of a previous effort administered from 2016–19, which also had the goal of providing $100 million in combined funds to promote the distribution of higher-ethanol blended fuels. Applications are due by August 13. The USDA has two websites with information regarding the program for interested parties:

The program provides grants from a $100 million pool for up to 50% of total eligible project costs but not more than $5 million per project. If every successful applicant is awarded the maximum amount available ($5 million) only 20 awards will be made. However, industry watchers expect the agency to grant about 150 awards, impacting 1,500 locations.

Smaller retailers are at the forefront of the program. About 40% of the funds are intended for applicants owning 10 or fewer fueling stations. The goal is to exhaust this funding. Another consideration focuses on geographical diversity and markets underserved by higher blends. This would generally be in states west of the Mississippi and throughout New England, though an applicant outside of those areas would not automatically be excluded.

“We harped on that when we went to the stakeholders meeting,” said Ron Lamberty, senior vice president for the American Coalition for Ethanol. “In order for E15 to be considered a ‘normal’ fuel—not an alternative fuel—it has to be everywhere.” Volume potential is also a consideration so that the program generates the most bang for the government buck.

“They are saying we have got the money, but you need to demonstrate that you’re going to drive higher sales of E15,” said Mike O’Brien, vice president of market development for Growth Energy. “So, they’re going to look at the annual sales volume of existing sites for the last three years.

They are going to look at the projected sales volume with new sites. And then, based on the data that we have on best practices, they’re going to start applying some of that criteria to the scoring system so they can project out how much more volume they will see out of the upgrades.”

Interstate and highway locations are also going to be given advantages in the grant process to help promote cross-country availability.

While the new program is more thought out and diverse than the one that preceded it, industry leaders do find shortcomings.

“A gallon of E85 and a gallon of E15 are treated the same,” Lamberty said. “One of the things we would have liked to have seen is a preference given to the much higher blends, because that moves quite a bit more ethanol. But for right now, if we are going to get E15 selling at reasonable levels, there are going to have to be a lot of conversions.”

Cassie Mullen, director of market development for the Renewable Fuels Association, finds the process overly burdensome. “If I could turn back the hands of time, I would beg USDA to change the onboarding process for applicants,” she said. “A process like this is overwhelming in general, but add to that our new reality of living in a pandemic world and you have mass chaos. I personally wish the requirement of having a SAM CAGE code wasn’t a piece of the puzzle.”

The System for Award Management (SAM) is a web-enabled government registry to collect information on organizations applying for grants and contracts. The Commercial and Government Entity (CAGE) Code is a five-character ID that provides a standardized method of identifying a given legal entity for a pre-award survey.

“Obtaining one in normal circumstances can take two to three weeks—add to that a COVID19 landscape and all bets are off,” said Mullen. “I would have liked the advantage of more time—in all honesty time is what we need.”

Unlike ethanol with its focus on retail, the primary focus with biodiesel is on terminal upgrades. Roughly $14 million of the grant funding will go to transportation fueling facilities and fuel distribution facilities (including terminal operations, depots and midstream partners). This will be used to implement higher blends of biodiesel greater than 5% (B5), such as B20.

The fund availability is not guaranteed—a retailer or terminal operator must apply through a defined grant process to be in the running. Grant proposal writing can be an involved and aggravating process, even for entities that regularly use grant funding to support their operations. It can seem overwhelmingly intimidating for those who have never applied for a government grant.

“Retailers regularly see incentive programs, such as those from their oil company,” Lamberty said. “This might be a bit difficult for them, like it was with the BIP program. That’s why we’re hiring somebody to help us give the proper guidance to people so they’re more likely to get the grant.”

As with ACE, the other trade groups that are directly focused on the downstream biofuels markets are undertaking a range of efforts (short of writing the grant proposals themselves) to support retailers and terminal operators in successfully working through the process.

“With the help of National Corn Growers Association, we have secured funding that will allow us to assist in grant writing costs, surveys, marketing etc. We have been assisting all over the country with grant writing, application particulars, details, etc.,” Mullen said. “We also have a longtime working relationship with USDA, along with an extensive history with securing grants for our industry.”

Mullen noted that beyond those efforts (including a webinar series that drew more than 200 participants), RFA has assisted state petroleum marketers’ associations, such as Ohio, in helping their respective members understand the process.

“According to the USDA, it will take 78 hours of work to put together a single application,” O’Brien said. “It’s a commitment, but it’s worth it. The larger the retailer, the more resources they are going to have. It is the smaller retailer that I think may have some struggles. We’re doing our best to advise them on the actual application process.”

Should a retailer who is not currently providing E15 consider supporting the product?

“Pioneers like QuikTrip, Casey’s, Kum and Go and many others have paved the way and have proven unequivocally that not only can you offer a higher octane, lower cost fuel, but you can do so while gaining market share without sacrificing margins,” said Mullen. She also noted that some of the upgrades might help those facing the overwhelming costs associated with EMV.

For all the potential irritation involved, retailers and terminal operators should strongly consider making the effort. While it is not guaranteed, if a company’s profile meets the general requirements it is a far safer bet than rolling the dice in Vegas.