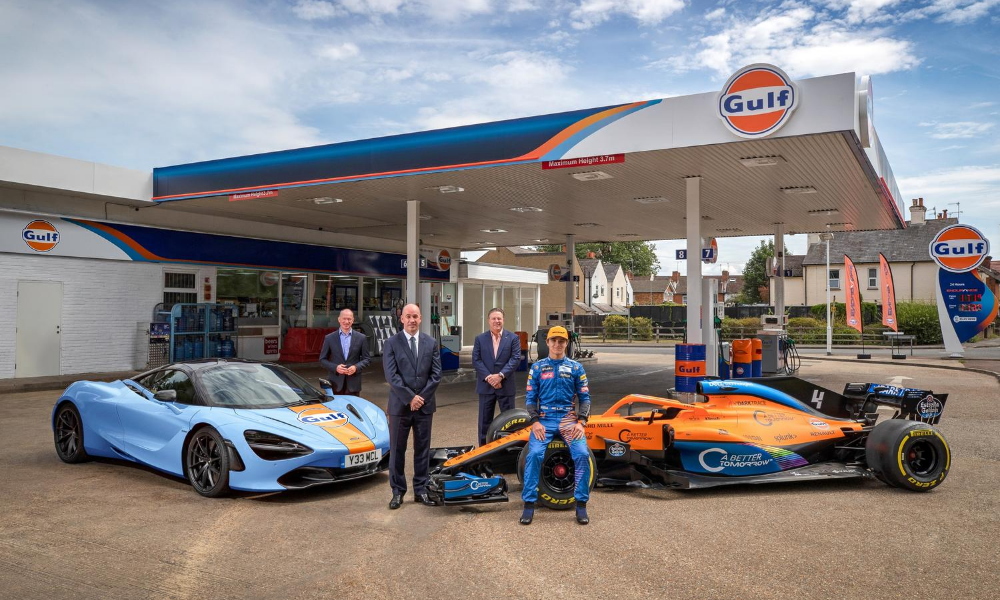 Gulf Oil is making its comeback to Formula 1 with its new, multi-year partnership with McLaren Automotive.

Starting 2021, Gulf will officially become the lubricant supplier to McLaren Automotive, with all
of the supercar manufacturer’s high-performance engines being filled with Gulf oil and fuel.

To commemorate this new partnership, the Gulf brand will be integrated into the McLaren Formula 1 team from the British Grand Prix 2020 on July 31 to August 2.

Naturally, the logo will be worn by McLaren F1 personnel throughout the 2020 F1 season, including drivers Lando Norris and Carlos Sainz along with the McLaren pit crew. The Gulf logo’s presence will also be seen during McLaren Automotive’s PURE customer events that take place around the world.

Apart from that, a lucky few customers will be given the option to have their McLaren supercar hand-painted by McLaren Special Operations, the carmaker’s bespoke division, in Gulf liveries and colours which pay homage to the famous F1 GTR Le Mans car that raced in the 1990’s.