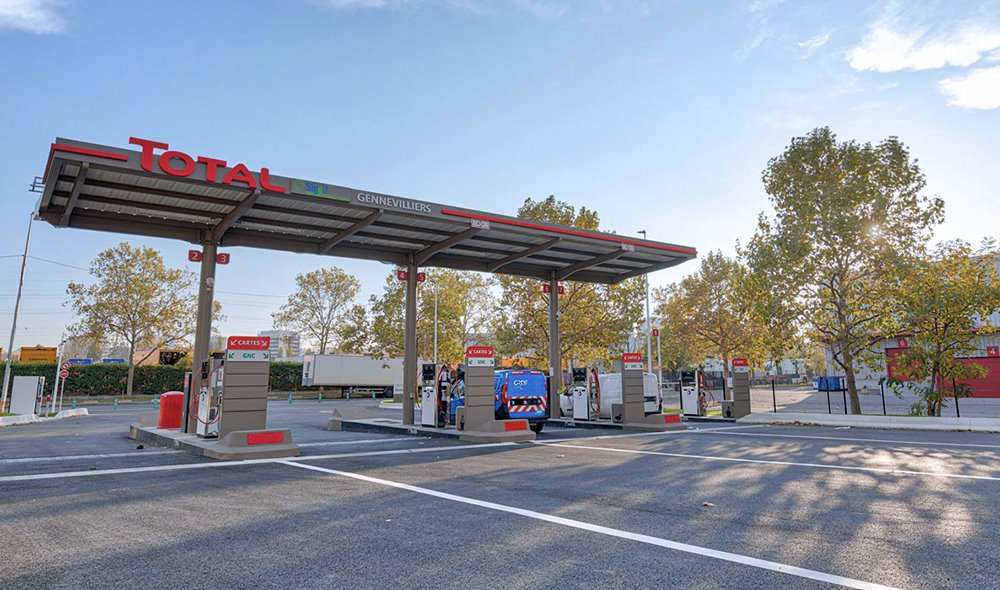 100% dedicated to the distribution of CNG, Total will operate the Gennevilliers station on behalf of the French energy union SIGEIF SEM.

Total has opened its largest CNG station in the French port of Gennevilliers, Europe’s second river port. 100% dedicated to the distribution of CNG, Total will operate the station under its own brand on behalf of the energy union SIGEIF SEM, reports Gaz Mobilité.

Open to the public 24 hours a day, 7 days a week, the Gennevilliers CNG station is equipped with four filling lanes for heavy goods vehicles.

The site is equipped with NGV1 and NGV2 pumps allowing up to four simultaneous fillings. CNG, CNG20, CNG50 and CNG100 – depending on the biogas blending rate – will be available at the station.

The establishment has a credit card payment terminal and will also authorize payments using Total and AS24 Eurotraffic cards. The Gennevilliers total station is connected to the GRTgaz network.