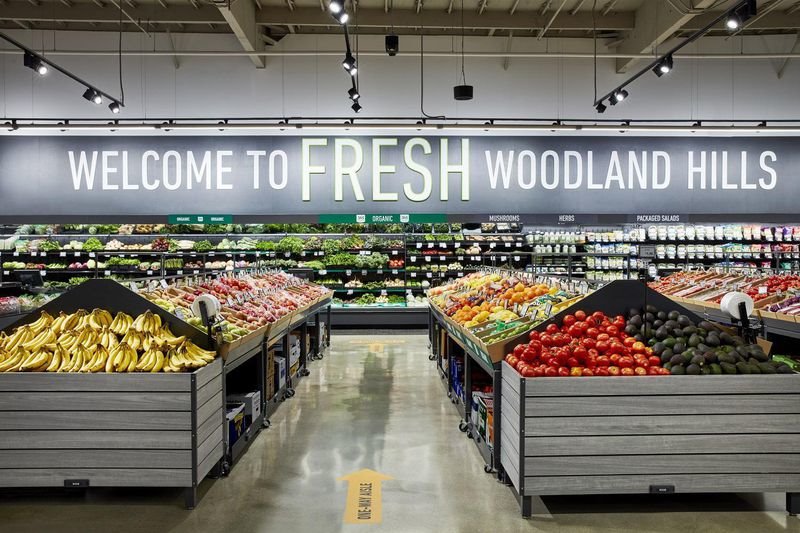 Amazon invited some customers to preview the new grocery store format it has developed in California and said it will open to the public very soon, after a delay of several months because of the coronavirus pandemic.

The Amazon Fresh store, in Woodland Hills, California, is designed to reach a broader segment of shoppers than the pricier Whole Foods Markets chain Amazon acquired in 2017, signaling its intention to become a significant player in the huge grocery business.

It also marks a new phase in Amazon’s competition with larger grocery chains, such as Kroger and Walmart, that expanded features and services such as online ordering for delivery and in-store pickup to make shopping more convenient — features that have become more popular during the pandemic.

Amazon said those services will be available from the Fresh store at no additional charge to people who pay $119 a year for its Prime membership program. It added grocery delivery from Whole Foods and the company’s Fresh online grocery brand to Prime last fall. The company’s initial foray into groceries began with a delivery service in the Seattle area in 2007.

The Fresh store integrates the company’s technologies and core online retail business in other ways, including providing services to shoppers traditionally performed by employees at other stores.

Amazon’s Alexa voice assistant can be used to help people find their way to items on their shopping list. Shoppers can ask microphone-equipped devices throughout the store for guidance to specific items. Prepared foods and items such as meat and seafood can be ordered in advance.

A sensor-equipped shopping cart tallies purchases and bills shoppers later through the company’s app, eliminating the need for the traditional checkout process for smaller quantities of groceries. Orders from Amazon’s online retail site can be picked up and returned at the store.

The first location of the Fresh grocery store format was expected to open in early 2020, but that was put on hold as online orders surged during the initial months of the pandemic. Amazon temporarily used the Woodland Hills store and another in Irvine, California, to fulfill online orders only.

Amazon has posted job openings for roles in what appear to be future Fresh locations elsewhere in California, the Chicago suburbs and Seattle — though specific locations or timelines are unclear. In a previous report, a spokesperson mentioned Oak Lawn, Schaumburg and Naperville as Illinois locations.

Also, the storefront of an as-yet unidentified Morton Grove grocery site has a design that is similar to that of other Amazon grocery locations. The Fresh store adds to Amazon’s growing portfolio of physical retail stores, including its Go convenience stores, equipped with sensors that allow customers to be billed for purchases without going through a traditional checkout;

the larger Go Grocery stores, with a new location planned in Redmond, Washington; and some 514 Whole Foods Market locations — with an additional 34 in development. Amazon also has dedicated stores selling books and merchandise that are popular on its online site.