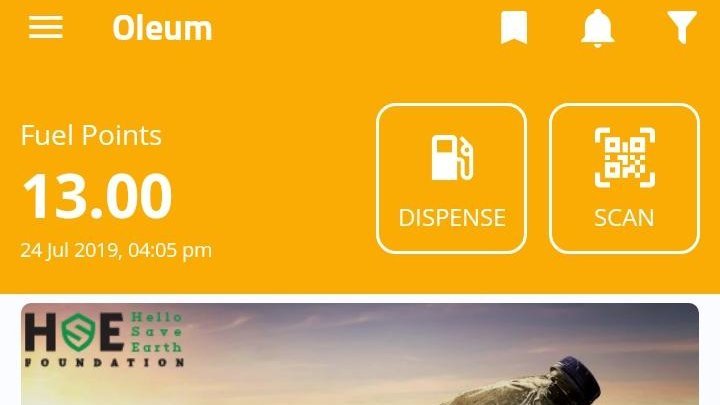 “Promoting the concept of ‘fuel without fear’, the app was developed keeping in mind the Covid-19 restrictions. With Oleum, customers can complete the transaction without coming into contact with those dispensing it,” said Sony Cherian, director of Oleum.

With the app, customers are only required to flash the QR code, which will be generated on their mobile phone, at a recognised fuel station to complete the payment. Besides making payments, the app will also display information such as the vehicle’s current mileage and the amount of fuel consumed.

“The app will also be beneficial to contractors who possess a large number of vehicles,” said Sony. At present, Oleum is only recognised at two fuel stations, which are owned by Kuthiravattom fuels in the Chengannur area.

The first transaction using the app was made by Chengannur MLA Saji Cherian during the inauguration ceremony that was held recently. Former MP Thomas Kuthiravattom, Oleum managing director Ranjan Satheesh and Sony also spoke on the occasion.

Waylink Pitstop Solutions Private Limited is looking to enable the app in at least 100 fuel stations across the state before March 2021. Fuel stations in Kayamkulam and Mavelikkara will be integrated under the programme shortly. The company also plans to place one employee at every station to coordinate and give direction to customers.