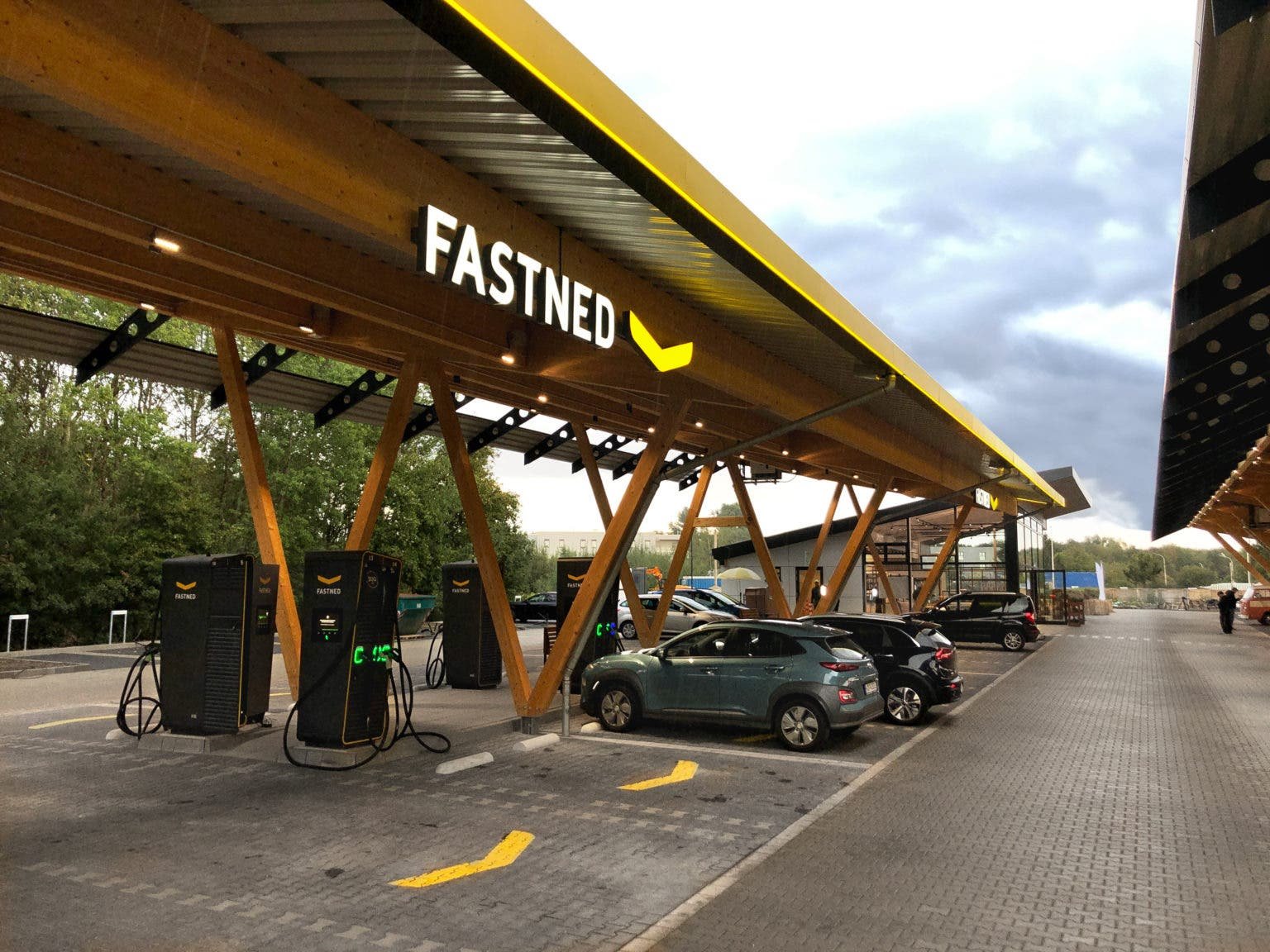 Only Tesla, in the Netherlands Fastned, and Greenway in Poland and Slovakia have built networks that enable electric vehicles to travel far from home. Electrify America, Ionity, and some other recent initiatives are following these examples.

Most charging networks and companies focus on slow AC chargers in urban areas. Those are great for the EV owner without home charging. Note, though, that an incidental 50 kW DC charger is not a fast-charging network.

A fast-charging network has stations along the highways with multiple chargers per station. Having to wait an hour because the charger is occupied was acceptable in 2014. It is not acceptable anymore in 2020.

Roland Schüren, the owner of Ihr Bäcker Schürer, a chain of 20 bakeries around Hilden, south of Düsseldorf in North Rhine–Westphalia, has an opinion about the environment and the role of clean transport.

The vans that distribute his products drive on natural gas. The first fully electric Mercedes-Benz Sprinter joined the fleet in 2018. In front of his main site, he has a charging station with 16 chargers. Most are level 2 AC chargers and three are 50kW CCS/CHAdeMO charging stations + 43kW AC fast chargers.

Recently, he decided that he could do better. He invited Fastned and Tesla to build a large charging station beside the interchange of two main highways (3 and 46) in the Rhine–Ruhr area.

His contribution, besides his initiative and the location, was building a café/bistro to offer clients a place to find the indispensable bathroom, snacks, a meal, and a place to sit warm and dry. The nice beanery Seet & Greed will become a popular place for many EV travelers.

The Rhine–Ruhr region would be the second-largest metropolitan area in the USA if it was situated there. In total, 13 million people live in the many cities that make up this area. Compared to the Netherlands or California, it is a charging desert.

This joint charging park with 28 chargers (prepped to increase to 60) is what many have been waiting for. If the first days are any indication, the option to put in more chargers will soon be used.

About a month ago, there was a rumor that non-Tesla drivers in Europe could charge for free at Tesla Superchargers. I tested it, and it was true. But it was a bug that is now removed. Tesla has encountered permitting issues for its Superchargers in Germany.

All public Superchargers must cater to all electric vehicles, at least when they have a standard (CCS) charging port. Tesla has tried to place a fence around its charging stations, to no avail.

Now it looks like there is a compromise. Tesla is placing free chargers for non-Tesla drivers at its charging stations in Germany.

That is nice for the drivers who bought the competition’s cars, but not really what you want as a business. It is better for Tesla to co-locate with a charging provider that can service the non-Tesla customers.

There is a large overlap between what Tesla aims to do, and what Fastned is envisioning. Both intend to build a network that enables traveling. Fastned will also replace the role of gas stations in part for EV drivers, an easy way to quickly charge your vehicle.

Tesla is placing large stations along the main routes. Fastned is building a denser, more intricate net with more but smaller stations.

Fastned is looking for places to open stations. Tesla could use a partner that can service all clients. This initial Backer Schürer, Fastned, and Tesla co-production is a one of a kind. It does not need to stay that way, though. This looks like a match made in heaven.

Please, Tesla and Fastned, duplicate this joint station initiative throughout Europe. Together, you can make a valuable contribution to the highway administrations in the different European countries, increasing the chance of being awarded a license to operate at or close to the highway.