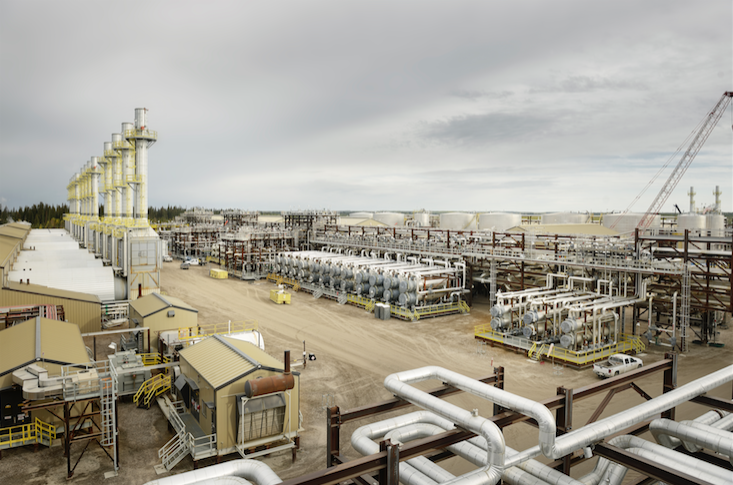 The deal promises to combine two of the largest players in Canada’s oil sands at a time that valuations have crumbled in the sector. Even before this year’s oil-price slump, Alberta was grappling with severe pipeline bottlenecks that limited exports.

Husky’s shares are down about 84% over the past five years, while Cenovus has dropped 74%.

Cenovus will own 61% of the new company, while Husky will hold a 39% stake. Hong Kong billionaire Li Ka-shing’s CK Hutchison Holdings, the main shareholder in Husky, will own about 27%, according to a company presentation.

The new company is expecting C$1.2 billion in cost and capital synergies, the statement said. Husky shareholders will receive 0.7845 of a Cenovus share and 0.0651 of a Cenovus share purchase warrant in exchange for each Husky common share, representing a 21% premium excluding warrants, it said.

The combination is valued at C$23.6 billion when debt is included, according to the statement. The deal gives Husky an enterprise value of approximately C$10.2 billion.

The deal is the largest in the Canadian oil industry since Husky’s abortive C$2.75 billion hostile takeover bid for MEG Energy Corp. Husky abandoned that proposed transaction in January 2019 after failing to win enough shareholder support.

After the merger, the company will have about C$12 billion in net debt and C$8.5 billion in committed credit facilities from a broad banking syndicate, the presentation showed.

The newly combined company is expected to break even in 2021 at a West Texas Intermediate crude price of US$36 a barrel. It will continue to operate as Cenovus Energy with its headquarters remaining in Calgary. The transaction has been approved by the boards of both companies and is expected to close in next year’s first quarter.

The tie-up also follows a recent flurry of oil and gas deals south of the border that’s shaking up the U.S. shale industry.