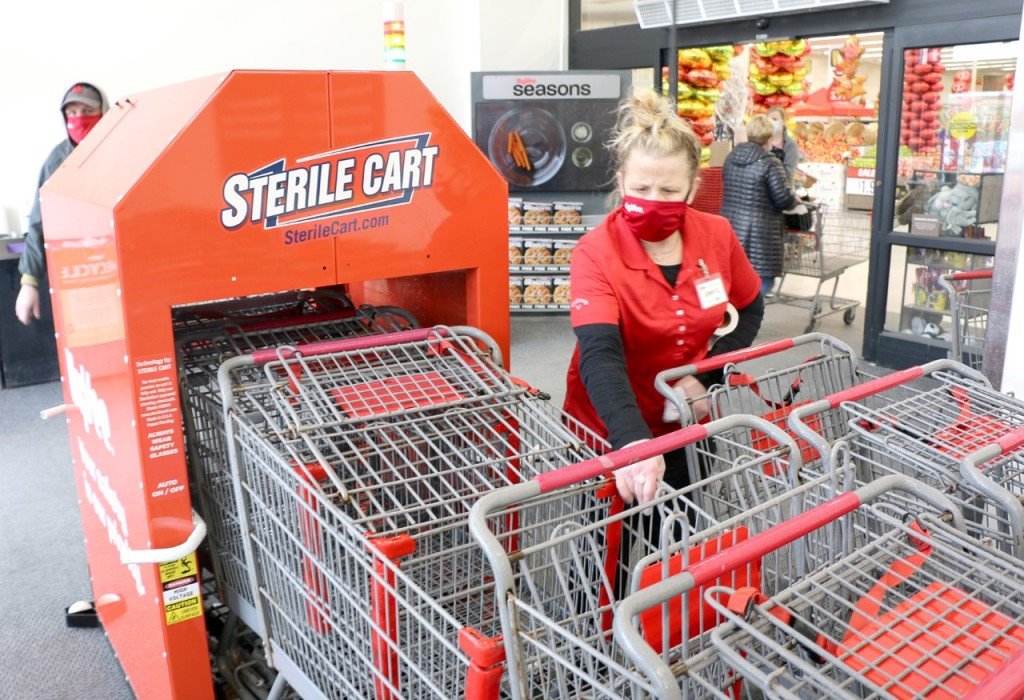 Hy-Vee Inc. is becoming the first grocery store chain to introduce an automated cleaning system that will sanitize shopping carts after every use.

More than 200 Hy-Vee stores across the chain’s eight-state region will have Sterile Cart systems by the middle of November, according to a news release from the West Des Moines-based corporation.

The system cleans several carts quickly and consistently, eliminating the need for store employees to clean each cart manually after each use throughout the day, as has become customary since the COVID-19 pandemic began.

Sterile Cart machines clean and sanitize entire carts instead of just not just the handles and high-touch areas, according to the release. Hy-Vee, which has a store in Winona, plans to put a store in the former Sears location in Valley View Mall in La Crosse, as well as one in a former Kmart in Eau Claire.

“Since the beginning of the pandemic, it has been our desire to put Hy-Vee customers’ minds at ease with thorough sanitization measures,” said Randy Edeker, chairman, CEO and president of the chain. Minnesota-based IZZA Manufacturing produces Sterile Carts, which Ultra Green Packaging distributes.

The system was conceived and designed specifically to help mitigate the spread of the coronavirus, said Kristin Davidson of Ultra Green. “The Sterile Cart system uses a hospital-grade disinfectant that is proven to kill 99.9% of germs and viruses that cause illnesses, including coronavirus,” Davidson said. “The system ships fully assembled, takes up minimal space and sanitizes one to two carts per second.”

Sterile Cart, which measures 6 by 4 feet, uses a low-pressure spray system and a dry-in-place disinfectant, according to the Hy-Vee news release.