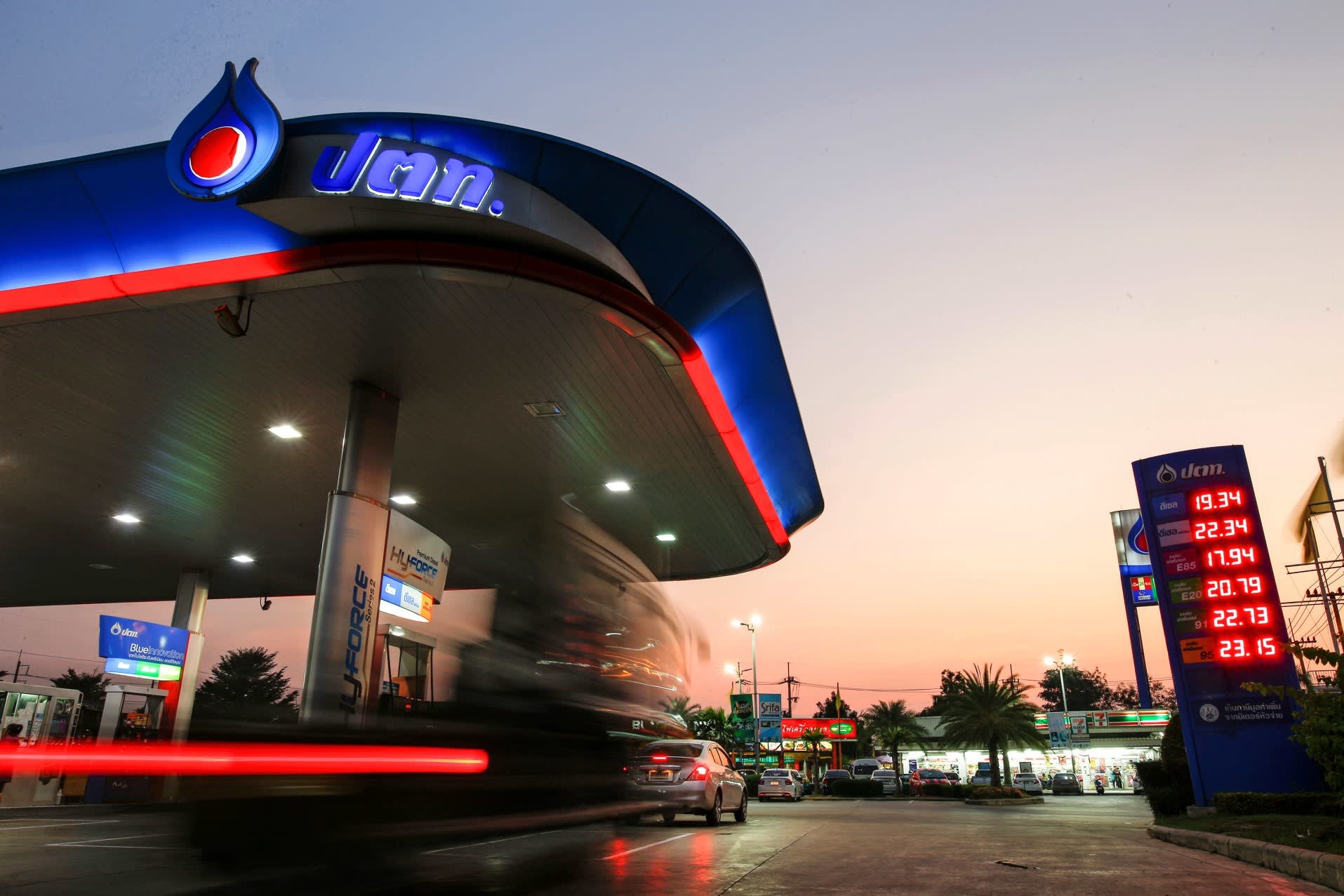 PTT aims to extend its already wide lead in Thailand's filling station market with a 30% increase in locations, adding to concerns that the state-owned company is throttling private-sector competition.

PTT plans to expand its domestic network to 2,500 gas stations by 2024, up from about 1,900 at present. The increase in these locations, which sport a red and blue flame logo and often include a cafe or convenience store, will be financed by the $1.9 billion proceeds expected from the upcoming listing of fuel station subsidiary PTT Oil and Retail Business, or PTTOR, on the Stock Exchange of Thailand.

Rivals have cast a worried eye on PTT's expansion. The company was the country's top retail fuel player in 2019 with a 39% market share, more than twice the slice held by private-sector rival PTG Energy. Global oil majors Royal Dutch Shell and ExxonMobil have market shares of about 10% each.

Ironically, the listing was hatched in response to criticism that PTT was putting the squeeze on private-sector peers. The retail subsidiary in 2017 was spun off from Bangkok-listed PTT, which is 51%-owned by the government. Taking this segment public would dilute the state's indirect ownership, the thinking went.

Turning PTTOR into a publicly traded company also would let it pursue profit openly. The listing will "enhance operational flexibility and competitiveness," PTT said. But since PTT intends to continue holding 75% of the retail unit, the company essentially will remain a state-run enterprise, a government source said.

An executive at a foreign rival said that because PTT uses its own electronic payment app to corral customers, an expansion of the chain "poses a threat." PTT has used listings of units to expand its operations before.

Five group members, including petrochemical and refinery companies, are publicly traded. PTT and these group companies together boast an aggregate market capital of 1.7 trillion baht ($54.5 billion), or a little more than 10% of the entire Thai stock exchange.

As with other emerging economies, Thailand has sought to limit foreign investment in its energy resources development, a vital component of national security. PTT has played a central role in the country's effort to build a stable energy supply.