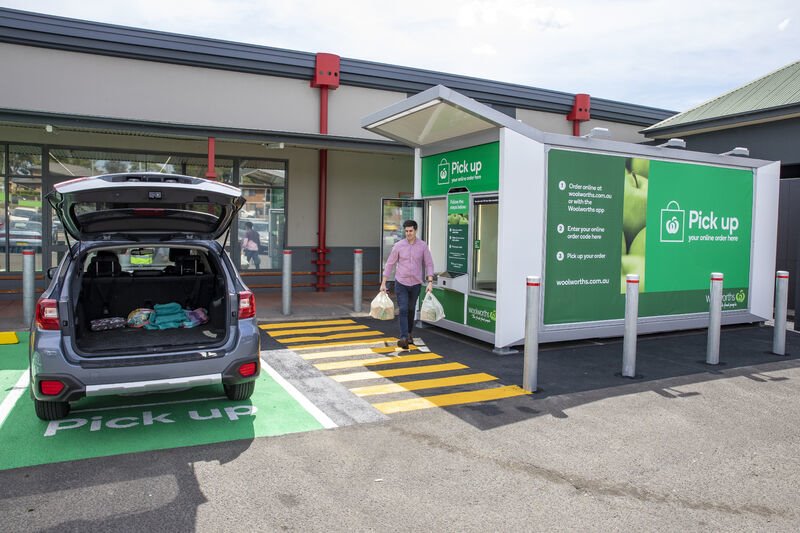 Woolworths is trialling a click-and-collect locker in western Sydney that is temperature-controlled and uses robotics to dispense the grocery order that a customer has placed online.

The supermarket operator revealed the trial of what appears to be a Cleveron 501 locker - marketed as a ‘grocery robot’ - made by the Estonian-headquartered Cleveron AS in a LinkedIn post overnight.

The locker unit, which is the size of a small shipping container, can be set up with one or two temperature-controlled zones, according to Cleveron. Woolworths has started using its first Cleveron locker at its Granville store in Sydney’s west.

“After placing an order online and selecting a pick up window, customers are sent a unique passcode, which offers secure access for collection,” the retailer said. “Customers can then park in one of three dedicated bays next to the locker, enter their code and have their full order dispensed automatically within seconds.

“Granville is our first store to trial the Cleveron AS lockers, with more to come in other parts of our network soon. “We look forward to hearing the feedback from our customers and team members.”

Woolworths said in a statement that Granville is “one of four stores set to trial the 10sqm temperature controlled lockers, which can hold dozens of orders at a time.”

“Woolworths plans to roll out lockers at three other stores in the next three months,” the retailer said. Director of format development Rob McCartney said Granville was chosen because “demand for pickup has more than doubled at [the] store this year as local customers have looked to save time or limit their outings.”

“While lockers aren’t an entirely new concept in Australian retail, offering the full suite of fresh, frozen and dry grocery at the one remote collection point is,” McCartney said.

“The units are equipped with temperature control technology to uphold product freshness and comply with food safety regulations. “This technology has the potential to save our customers a lot of time and effort, as well as reducing congestion at the front of our stores during popular collection periods.”

Woolworths said that “personal shoppers” would continue to hand pick all online orders from store stock, and the bagged items would then be placed into the lockers in plastic blue crates, which have barcodes attached that are scanned.

The crate is then moved internally to the correct temperature-controlled zone, awaiting the arrival of the online shopper.

Cleveron only launched the ‘grocery robot’ in August last year. It said in a video that the units could be installed outside a supermarket, in a carpark, in metro areas “where rents are high”, at petrol stations or on university campuses.

Woolworths said the Cleveron lockers offered a “fast, easy and contactless way for customers to do their grocery shopping without entering the store.” The supermarket operator already offers contactless click-and-collect pickup for online orders at about 1000 stores, though it is considerably less high-tech.

Customers park in a pickup zone and indicate their arrival via SMS or the Woolworths app.