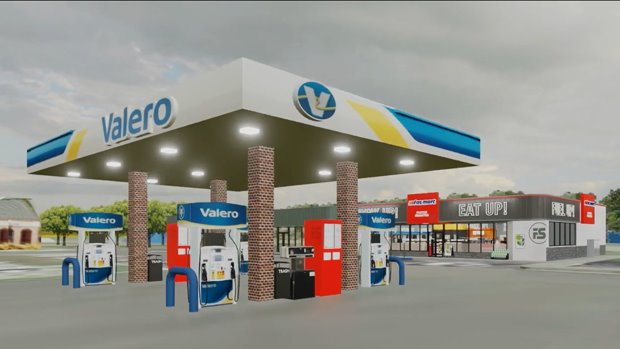 Arko Holdings Ltd., which has a controlling stake in convenience-store retailer GPM Investments LLC, has unveiled its plans for a new store prototype for remodels and raze and rebuilds.

The company anticipates that it will remodel approximately 360 of its sites in key locations across the country over the next three to five years.

Arko/GPM and Haymaker Acquisition Corp. II, a New York-based publicly traded special-purpose acquisition company (SPAC), also announced a commitment for an up to $100 million investment in convertible preferred stock from MSD Capital that will be available for growth capital and to fund this remodel program.

“We have been working on this prototype over the last year and are very excited about the extensive remodel program, and the benefits it will bring to our existing customers, as well as new customers who will be drawn in by the fresh new look,” said Arie Kotler, CEO of Arko and GPM.

“Our remodeled stores will feature an expanded offering with grab-and-go prepared food, beer caves, frozen food, an enhanced drink lineup and much more.

Over the past few months, we have had the opportunity to take learnings from our customers’ shopping behaviors as well as the changing consumer environment and implement key updates to our remodel program and in-store offering to provide an enhanced customer experience emphasizing the local regional brand.”

Kotler estimates that this remodeling program will generate approximately $72 million of incremental earnings before interest, taxes, depreciation and amortization (EBITDA) over the next three to five years.

“In addition to our other strategic initiatives, including our continued core acquisition strategy as well as synergies from the recently acquired [Empire Petroleum] business, this aggressive remodeling program underlies our confidence in our ability to continue to drive strong and consistent growth and returns for all our stakeholders.”

This remodeling program across fas mart, E-Z Mart, Scotchman and the rest of the portfolio of GPM brands will focus on enhancing the overall customer experience and value offering as well as expanding the product assortment, the company said.

GPM is No. 7 in CSP’s 2020 Top 202 ranking of c-store chains by number of company-owned retail outlets. Haymaker is a $400 million blank-check company formed for the purpose of entering into a merger, capital stock exchange, asset acquisition, stock purchase, reorganization or similar business combination with one or more businesses.