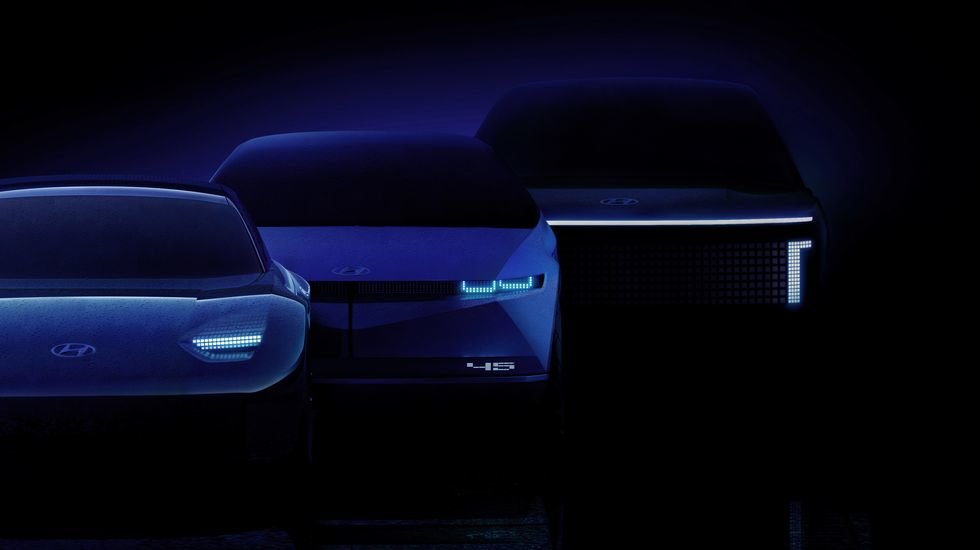 Hyundai is the latest automaker to announce a modular EV-only platform, also announcing that it will produce 23 battery-electric vehicles by 2025.

The new Electric-Global Modular Platform (E-GMP) will be the underpinning of new Hyundai and Kia EVs starting in 2021. The first vehicle will be the Hyundai Ioniq 5 that we've so far only seen in concept form.

It will then be used in other vehicles from Hyundai and Kia, likely to include the other Ioniq EVs we're expecting from the Korean automaker. It will also be used for future Genesis EVs.
The platform’s main components will be a battery pack under the cabin and an all-in-one motor, transmission, and inverter designed and developed by Hyundai.

By bundling the components, Hyundai said, it raised the maximum speed of the motor by up to 70 percent compared to existing motors, despite its small size. The company says that it can squeeze up to 600 horsepower from the system and that the company will show off a high-performance vehicle next year.

Both Tesla and Lucid design their own motors for the sake of efficiency. Hyundai doing the same thing instead of using something off the shelf from a supplier could help it accomplish they type of efficiencies found in EV-centric automakers.

Hyundai says that the planned high-performance vehicle on the E-GMP platform will be capable of doing zero to 60 mph in less than 3.5 seconds and have a top speed of 161 mph, with rear- and all-wheel-drive versions available. The all-wheel-drive version will be powered by two electric motors instead of one. To save energy, the front motor will decouple from the wheels when it's not needed.

EVs based on the new platform, Hyundai said, would be capable of about 310 miles of range on the WLTP scale and capable of charging to 80 percent in 18 minutes, thanks to an 800-volt architecture that supports charging speeds up to 350 kW.

A five-minute charge can add about 60 miles. Hyundai did not release details on battery sizes that will be available on any of the upcoming vehicles or even a range of battery-pack sizes for the upcoming platform. It does note that the batteries will sit under the cabin and the vehicles will have a long wheelbase that would enable more cabin space for occupants and cargo.

Finally, the E-GMP supports bidirectional charging. This means that with a charging station that supports the feature, a vehicle using the E-GMP platform can discharge its energy from its battery back to the grid or to a house that supports such a feature.

The vehicle-to-load (V2L) function supplies 3.5 kW of power which, according to Hyundai, can operate a mid-size air conditioner and a 55-inch TV for 24 hours. A customer could conceivably use that to get the power out of a vehicle during a heat-wave-induced power outage. But more important, it can be used to charge another EV.